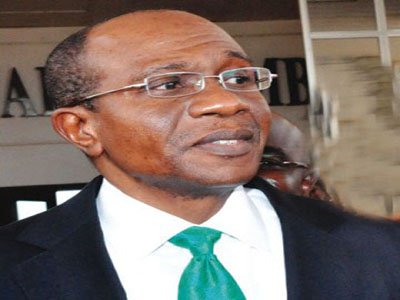 Central Bank of Nigeria (CBN) Governor Godwin Emefiele has been reappointed for a five-year tenure by President Muhammadu Buhari.

The news of his reappointment was broken when Senate President Bukola Saraki read a letter from the President yesterday, 26 days ahead of the expiration of Emefiele’s  five-year tenure on June 2.

In the letter dated May 8, President Buhari said Emefiele’s reappointment followed the expiration of his first tenure.

He urged the upper chamber of the National Assembly to confirm the CBN boss for a fresh tenure.

The letter, read by Dr. Saraki on the floor of the Senate, was titled: “Renewal of the appointment of Godwin I. Emefiele as Governor of Central Bank of Nigeria.”

It was received in the Office of the Senate President yesterday.

“It is my hope that the Distinguished Senate will consider and confirm the nominee in the usual expeditious manner.

No date has been fixed for the consideration and approval of the nomination.

Sanusi, now the Emir of Kano, was suspended few months to the expiration of his tenure by the Dr. Goodluck Jonathan’s administration.

Since coming on board, Emefiele raised the key interest rate to a record high to contain price growth and bolster the naira, despite sluggish growth.

He implemented currency controls by restricting importers of about 42 locally-available items from assessing foreign exchange (FOREX).

Emefiele was also on the same page with the President by not succumbing to calls to devalue the naira.

The 57-year old banker has become the first CBN governor to get a tenure renewal since the country returned to democracy two decades ago.

Former Attorney -General of the Federation and Minister of Justice Mike Aondoakaa commended the President  for reappointing  Emiefele.

He told The Nation that Emefiele’s reappointment will boast the agriculture sector, particularly rice farmers.

He noted that under Emeifele, the Federal Government rice Anchor Borrowers Programme (ABP) has achieved  a hundred per cent success in implementation , which according to him, has  led to food sufficiency and change in  the lives  of rice farmers..

The former AGF said: “The CBN governor has channeled his energy towards the Anchor borrowers programme diligently and Nigeria can now boast of flooding the entre West African region with its rice unlike before when its relied on importation

“I commend  the President for his reappointment  as CBN governor for a second term and we rice farmers are happy that he will do more  for the agriculture sector .

Abiru said: “The economic outlook remains positive, as this adds fillip to the continuity of current macro – economic policies initiated by the CBN governor

“The positive interventions in agriculture, real sector and foreign exchange stability gives confidence that the economy will continue to grow.” 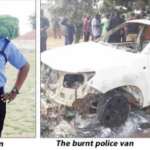 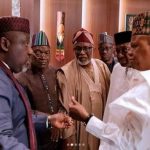 I’ve been too generous to state governors, says @MBuhari 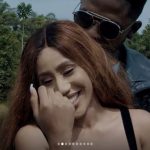 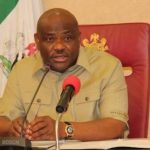