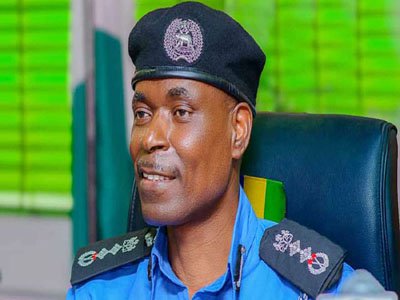 The Wages of Electoralism

This past week, the federal authorities briefly lost control of the major highway out of the federal capital to the core north. It was a profoundly symbolic moment for the Nigerian post-colonial state as it seems to buckle under the strains and stress of maintaining law and order in an increasingly distressed nation.

It may well be a sneak preview of a historic meltdown.  Armed robbers and kidnappers laid siege to the beautiful, scenic plains that unfold towards the iconic city of Kaduna spreading murder and mayhem. According to a major newspaper report, many were unaccounted for after the siege lifted and the acrid smoke cleared.

The chairman of UBEC and his daughter were abducted after his driver was killed. They were released two days later. Many others were not so lucky. They would have been frogmarched for several hours deep into the forest until they arrived at a modern kidnapping complex; an African Pentagon in the jungle bristling with guns and hardware of the nefarious trade. According to a recent victim, listening posts and sentry nests dotted the route relaying information back and forth.

The same victim noted that at a point during captivity, a low-flying Air Force plane attempted to bomb the abductors out of contention. But the trigger happy sadists simply lined their victim against the bank of a deep river preparatory to finishing them off should the aerial threat become a reality. It would have been a foolhardy misadventure.

By the end of the week, in what could be described as the symbolic equivalent of an assault on a national Holy Shrine, the kidnappers struck at the hometown of the president taking with them the District Head of Daura, Magajin Garin Daura, Mallam Musa Umar. It doesn’t get more humiliating than that.

It will be recalled that a few months earlier, the Governor of Katsina State, Mallam Aminu Masari, had alerted the world that it was becoming impossible to venture out of the immediate precincts of the State House because armed robbers and kidnappers have laid a siege to the wider perimeter.  This is arguably the most damning evidence of official paralysis and state-impairment that we have seen in Nigeria’s post-independence history.

It is obvious that the demoralised police are hopelessly outmatched and ill-equipped for this new kind of social daredevilry. There is a report that policemen often act as ransom conduit to the kidnappers. A more scary report even suggested that police often pay ransom to kidnappers to secure kidnapped colleagues in what may well be a double-sting operation in which the kidnapping might have been faked in the first instance. We are in the realm of reality as outlandish fiction and it doesn’t get more Kafkaesque.

By midweek, it was reported that retreating Boko Haram insurgents had slaughtered over four dozen people in Adamawa State. When you add all this to the killing fields of Zamfara and Kajuru in Kaduna State, the renewed activities of killer-herdsmen in the middle belt, ritual savagery in the South West, and the mosaic of murder and mayhem that the country has become, you get a sense that the federal authorities are facing a unique, nation-disabling phenomenon of social, religious, economic and political insurgency.

This past week in a widely circulated piece, a veteran columnist of The Vanguard newspaper, while chronicling our gradual descent into normlessness, has noted that what is happening in the north is a creeping revolution of the Almajiri underclass who seem to have had enough of their feudal master class.

He then went on to thump and pooh-pooh the socialist and Marxist fantasy that revolutions can only occur in advanced societies with a well-crystallized and nobly envisioned middle class. To align with his argument and to buttress the point, one can only add that the revolution in Russia was famously dubbed the revolution against capital because it occurred in a backward feudal society of rudimentary capitalism.

But there is a difference between revolutions and social revolts. There is nothing that has happened in the world so far that has disproved the foundational socialist thesis that revolutions require an organized middle class cadre to pioneer and power it. The lower masses do not do revolutions. Revolutions are a brisk and bloody affair requiring a disciplined and organized upper cadre to canalize and channel the volcanic rage.

Social revolts by the lower masses can only end in messy and anarchic bloodletting which will eventually consume the entire society as state power gradually implodes, wracked by its own internal contradictions. The controlled explosions currently going on in Algeria and Sudan are possible only to the extent that there is a disciplined and organized civil force in the background controlling and orchestrating events.

In Nigeria it is strange that all these social disruptions are happening so soon after a landmark election which seems to have settled the question of supremacy between the two major state parties. According to INEC, President Buhari trounced his opponent so decisively and by millions of votes to spare. Yet even before the inauguration, there are ominous echoes of a fundamental rupture within the political class and of a lurch towards regional and ethnic ramparts.

These are the wages of electoralism, an overt and unwarranted reliance on elections as a mechanism for settling disputes among the political class without addressing fundamental national contradictions. As we have said several times in this column, elections do not resolve fundamental national questions. As a matter of fact, they often exacerbate them, leading to civil wars and national trauma: Algeria in 1992, Nigeria in 1993, Congo Brazzaville, Kenya, Cote D’Ivoire, CAR and now in Venezuela.

On three different occasions, 1964/65, 1983 and 1993 disputed or aborted elections have led Nigeria to the path of anarchy and disintegration. On the few occasions that federal elections succeeded, they have always been preceded by elite buy in and substantial negotiation until the subsisting pacts collapse, 1958, 1979 and 1999.

In stable democracies where major national issues have been settled, elections are mere elite mechanism for organizing and choosing state personnel. To that extent, they deploy substantial elite consensus and compliance to sustain the order of illusion and the illusion of order. That is until the nation faces fresh challenges and uncharted waters requiring fundamental re-engineering.

It is when you have elite consensus on core national values that the less insignificant question of who actually rules is settled beyond controversy. Since the end of military rule, Ghana has oscillated between two political tendencies reflecting deep ideological divisions along the old Danquah versus Nkrumah fault lines but this has never degenerated into an ethnic or regional brawl. But in Nigeria despite the ideological flux within the state parties, elections are barely disguised warfare.

Politicians must be able to read the political barometer of their society correctly. Otherwise, they plunge their nations into anarchy and chaos. When the hapless and heedless David Cameron called for a national referendum on Brexit little did he know that he was opening a Pandora’s Box of elite indiscipline and loss of visionary nerve which would render Britain virtually ungovernable.

Readers of this column would remember us warning several times that unless we take some fundamental decisions about the destiny of the nation, Nigeria may become ungovernable for whoever won the presidential election. We insisted that even if President Buhari is returned to power, his renewed tenure would be marked by wild tempests and political volcanoes unless there is a fundamental shift in the paradigm of governance.

So far, there is no concrete evidence of this shift except for President Buhari’s promissory note of redress and restitution. Meanwhile and well ahead of the inauguration, the voices of rancour and disorder are drowning out the few sober and sane voices remaining. While some notorious agent provocateurs from the north are busy proclaiming from the rooftop the strange new doctrine of northern exceptionalism based on what they consider its electoral majoritarianism , some southern leaders are hitting the rooftop in bitter derision daring General Buhari to do his worst.

This is not the best way to usher in a new government. Nigera’s fledgling democracy has reached uncharted waters. By the way, is democracy Day May 29 or June 12? As elite rancour persists, as centrifugal forces lay siege to an already embattled state, the ground below is beginning to rumble. Elite cohesion is important for filtering discontents and disaffection. When that platform and buffer zone collapses, the stage is set for a direct confrontation between the affronted masses and the government.

We are gradually approaching that point.  Political crisis in Nigeria is fuelled by elite delinquency. The two state parties cannot agree on the way forward. This is what happens when there is no unified vision of the country. The dominant political party has been unable to achieve consensus on who to field for the principal offices of the National Assembly and there is the danger of its dissolving into its regional particularities once again.

In the circumstances, the coming elections in NASS promise to be as messy and chaotic as they were in 2015. The results may even be more controversial, given the premature focus on the 2023 elections. In the intrigue-soaked chambers, ethnic loyalty trumps party affiliation. We have been here before and the auguries are not too good for fledgling democracy, or the nation for that matter.

This is one national emergency where presidential good intentions, honesty of purpose and integrity are not enough to halt the drift to anomie and chaos. It is obvious that the kidnappers who struck in Daura have no use or respect for such presidential virtues. As class polarization and feudal contradictions sharpen in the north, the rest of the country has every reason to tremble in premonition. President Buhari needs a generous dose of inspiration in the coming weeks. 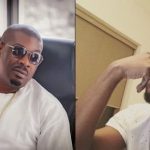 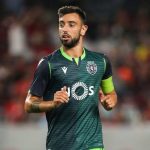 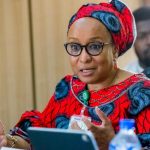 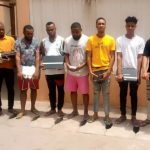