The crisis facing the Western Metal Products Company (WEMPCO) may further worsen the unemployment challenges in the country which currently stands at 23.1 per cent, as about 250,000 jobs are currently being threatened.

Earlier, it was reported that the popular Oriental Hotel in Lagos, owned by WEMPCO Group, is planning to leave the country after over four decades of doing business in Africa’s largest economy.

While the exit of Oriental Hotel may result in 14,000 job loss, WEMPCO group exit may lead to a whopping 250,000 Nigerians losing their daily means of livelihood.

It has been revealed by a section of the media that WEMPCO’s trouble stemmed from the influx of substandard roofing sheets smuggled into Nigeria from Cameroon and other neighbouring countries.

Accordingly, local firms in steels sector have been mandated by the Standards Organisation of Nigeria (SON) to keep the standard of roofing sheet at 0.015mm in thickness. This reportedly posed competition challenge against smuggled roofing sheets which were 0.013mm and 0.014mm.

To compound its woes, the smuggled products were also said to be preferred by buyers due to cheaper prices being charged. Hence, this results in low patronage and stock of inventories unsold. By the end of 2018, the company had reportedly closed down almost all its plants as they were no longer producing.

Although, top directors in the steel and hospitality sectors have disclosed that the reasons for the group’s ordeal are poor corporate governance, over-dependence on government policy, inability to consider Nigerian realities before making key decisions, and harsh business environment.

In 2017, the Chief Magistrate Badejo-Okusanya of an Ogba magistrate’s court awarded N11million damage against WEMPCO over an alleged breach of contractual agreement with a businessman, Emmanuel Onaiwu and his company, Unibomec Technical Apex Limited. This suggests the company has been defaulting in business transactions.

Similarly, in 2018, scores of casual workers at WAMPCO annex, Magboro, Ogun State, allegedly protested against the inability of the management of the WEMPCO to pay their salaries for over three months.

WEMPCO’s sharp practises maybe responsible –  It has been revealed that WEMPCO was alleged to have abused the exclusive rights and waivers that were granted to it by the Federal Government for the former President, Goodluck Jonathan. The previous government had granted the firm heavy waivers to aid it in the production of cold-rolled sheet locally.

Similarly, in 2015, the Central Bank of Nigeria (CBN), as part of its initiative to resuscitate local industries and improve employment generation, released a list of items not eligible for foreign exchange in the government-created Importers & Exporters window. Among the 41 items on the list are cold-rolled steel sheets, galvanized steel sheets, and roofing sheets. However, the firm had instead embarked on heavy importation of the product.

Meanwhile, reports have shown that WEMPCO trouble began when the current administration of President Mohammadu Buhari assumed office and decided to cancel the waivers.

WAMPCO may eventually exit Nigeria, and the implication is that all the firms that produce roofing sheets and enamelware in Nigeria may have to shut down. 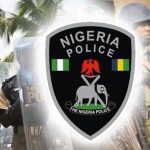 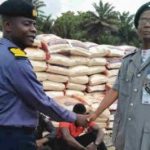