The appointment of Ms Aisha Abba Kyari, daughter of the Chief of Staff to the President, Abba Kyari into the Nigerian Sovereign Investment Authority has raised eyebrows.

A civil rights organisation, Coalition Against Corruption and Bad Governance, has called on President Muhammadu Buhari to order an investigation into the appointment of Ms Aisha Abba Kyari as an Assistant Vice President at the Nigerian Sovereign Investment Authority.

According to Punch, the organisation also gave the Presidency notice to commence “a series of lawful civil actions in a matter of days to compel the administration to order a comprehensive investigation of this employment scam.”

The appointment of Aisha, daughter of the Chief of Staff to the President, Abba Kyari, was said to have been done under alleged secret and controversial circumstances.

The Chairman of CACOBAG, Alhaji Toyin Raheem, in a statement on Saturday, described the appointment as controversial “because it violates set procedure at the NSIA, which is the legally constituted agency that manages Nigeria’s excess crude oil revenues.”

He said, “The position was not publicly advertised, contrary to what is expected of such position. Besides, Aisha Abba Kyari clearly does not meet the criteria for the role. She has just five years working experience at the National Integrated Power Project where she worked up until February 2019 when she got the NSIA job.

“Her appointment, which is a level 3 appointment, is the highest level in the organisation, whereas the average working experience for that level is 10 years. We are by this statement giving the Presidency notice that we shall commence a series of lawful civil actions in a matter of days to compel the Buhari administration to order a comprehensive investigation into this employment scam.” We May Start Selling Petrol Above N145 – IPMAN 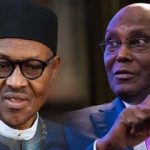 Eagles Roundup: Ajayi On Target For Al Ahly; Dessers In Action For Heracles