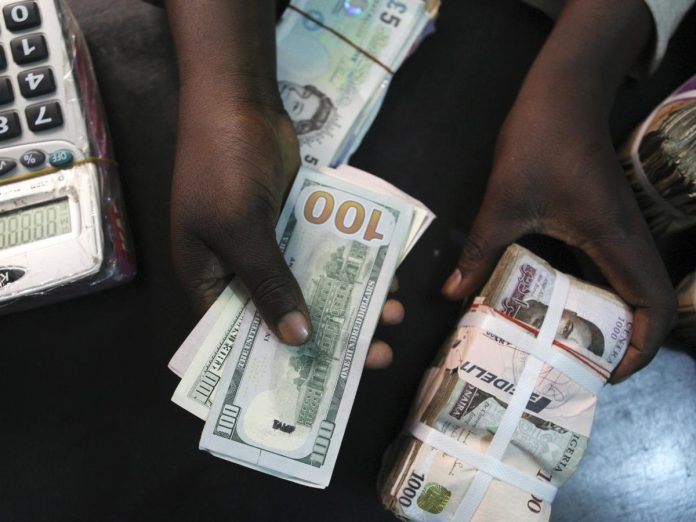 Naira has recorded significant gain at the parallel market on Thursday as it rose to N560/$1 in the early hours of Thursday, 30th December 2021.

Naira has witnessed consistent decline in the past week, dropping from N560.95/$1 recorded before the Christmas break to trade for as high as N571.4/$1 at the P2P market.

At the official window, the exchange rate closed at N415/$1 on Wednesday, 29th December 2021, representing a 0.02% appreciation when compared to N415.1/$1 recorded in the previous trading session.

The opening indicative rate closed at N414.05/$1 on Wednesday, which represents a 49 kobo depreciation compared to N413.54/$1 recorded in the previous trading session.

According to BDC operators, the naira strengthening against the US dollar at the parallel market is attributed to the Christmas holiday period, as demand for FX dropped during the holiday period.

Recall that the exchange rate had hovered around N570/$1 since September 2021, after the central bank clamped down on AbokiFX after accusing the online website of manipulating exchange rate, which is tantamount to “economic sabotage”, according to the apex bank.

The rate, however, dropped to as low as N535/$1 on the 11th of November before depreciating to N570/$1 towards the end of the month. Naira has now received significant boost against the US dollar at the black market following Christmas holiday festivities.