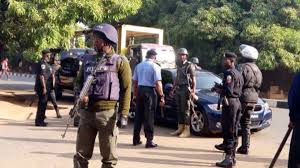 As Democracy Day holds June 12 across Nigeria, the expected celebration in honour of the late presidential election winner MKO Abiola has been marred by tension.

In Abuja, where pro-democracy activists hd earlier planned to protest bad governance, and demand, among other things, the resignation President Muhammadu Buhari, the situation is more tense.

Parallel protests are going in two locations in the FCT.

While the anti-Buharists gathered at Gudu Park, pro-Buhari protesters staged theirs in front of the Unity Fountain, heavily guarded by DSS and police.

Some intrigues played out while the protest was afoot days ago.

The NANS, part of the group ready to protest rather than celebrate, pulled out Thursday. The student body leader said some politicians hijacked the protests.

In the southwest, some Yoruba nationalists scheduled a secessionist protest for the same day. But another group from the region also sent a warning they would resist the protest. 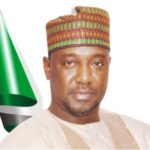 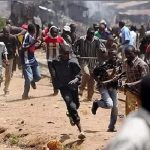 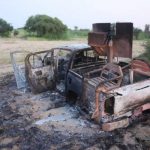 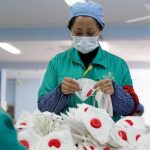