The Federal Government has reacted formally to the recent disclosure by Governor Godwin Obaseki of Edo state that N60 billion was printed to fund federal allocation to states, saying the information was not only untrue but unfortunate.
It also emphasised that despite Obaseki’s worry about the rising debt profile of the country, the nation’s current debt profile which is 23 per cent of the Gross Domestic Product (GDP) falls within sustainable limit.

Minister of Finance, Budget and National Planning, Zainab Ahmed, who made this known at the end of the weekly virtual meeting of the Federal Executive Council (FEC), described as untrue, sad and unfortunate the statement credited to Governor Obaseki that the federal government had to print N60 billion to fund the March, 2021 federal allocation to the 36 states and Federal Capital Territory (FCT).

The Edo state Governor was quoted as saying at the Edo transition committee stakeholders engagement penultimate Saturday that, “When we got FAAC for March, the federal government printed additional N50-N60 billion to top-up for us to share. This April, we will go to Abuja and share. By the end of this year, our total borrowings are going to be within N15-N16 trillion.”

Answering reporters questions on the issue after the FEC meeting, the Minister said what was shared among the states which Obaseki was referring to was internally generated revenue of government which was even made public through the website of the Finance Ministry.
Ahmed said: “The issue that was raised by the Edo State Governor for me is very, very sad. Because it is not a fact. What we distribute at FAAC is a revenue that is generated and in fact distribution revenue is a public information. We publish revenue generated by FIRS, the Customs and the NNPC and we distribute at FAAC. So, it is not true to say we printed money to distribute at FAAC, it is not true”.
She also allayed the fears of Obaseki over the debt portfolio of Nigeria saying there was nothing to worry about as such debts fall within sustainable limit.

The Minister, however, stressed the need for federal government to improve on its revenue generating mechanisms for optimal result.
Her words: “On the issue of the borrowing, the Nigerian debt is still within sustainable limit. What we need to do as I have said several times is to improve our revenue to enhance our capacity to service not only our debt but to service the needs of running government on day to day basis. So our debt currently at about 23% to GDP is at a very sustainable level if you look at all the reports that you see from multilateral institutions.” 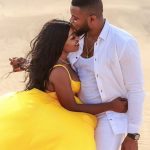 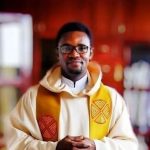 It’s Not Biblical For Woman To Bear Husband’s Name Or Surname After Marriage – Fr. Kelvin Ugwu 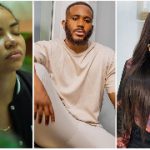 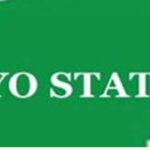 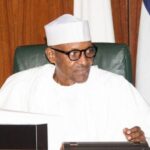