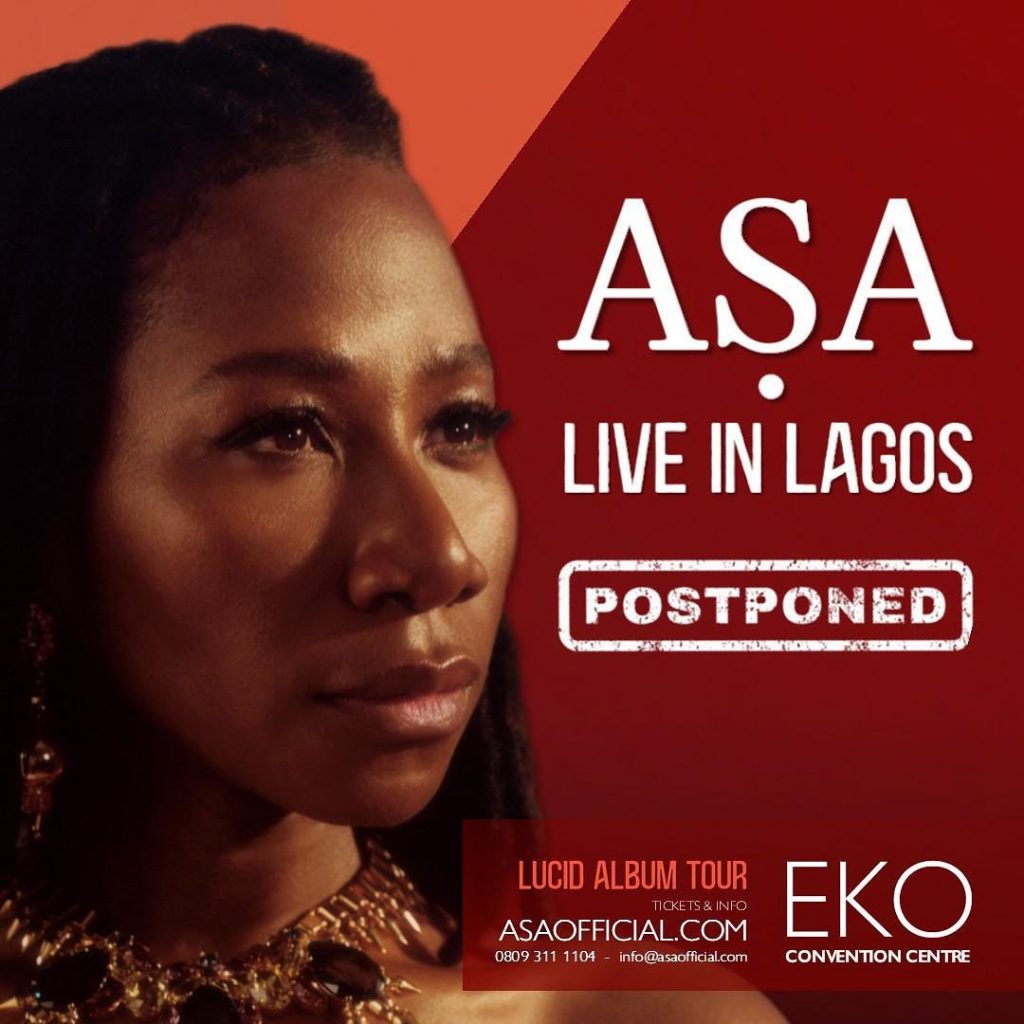 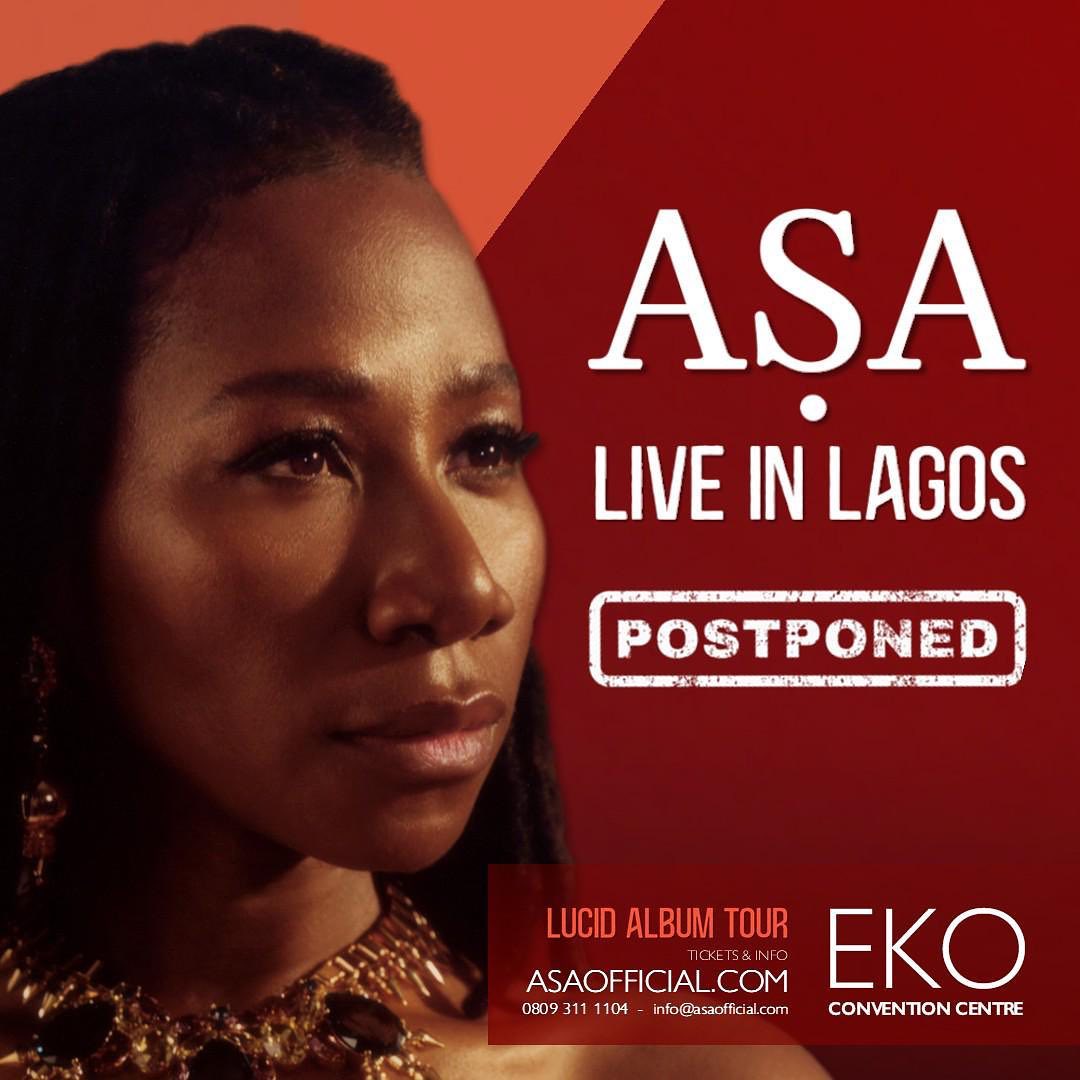 Due to the Coronavirus pandemic which is currently ravaging the continent, Afro-soul superstar, Bukola Elemide, popularly known as Asa, has cancelled her ‘Lucid’ tours in Europe.

According to the singer, Nigeria’s show is as well postponed.

Asa’s decision comes as the European Union moves to seal its borders amid the coronavirus crisis.

Europe has been badly hit by the virus, which has killed over 7,500 globally.

Asa‘s ‘Lucid’ tour, which started in 2019, was set to continue this year with a London date fixed for March 29.

She said, “Unfortunately, due to the developing Coronavirus situation, I have cancelled my upcoming European tour dates, including tonight at Ris Orangis.

“It wasn’t an easy decision to come to but given the ongoing concerns, it is the right decision for the safety of my brand, crew, and fans. New dates will be announced for the coming months. I will give an update for the March 29 London show shortly.”

Asa, however, added that her Lagos and Abuja shows, fixed for April 11 and 13 will get new dates.