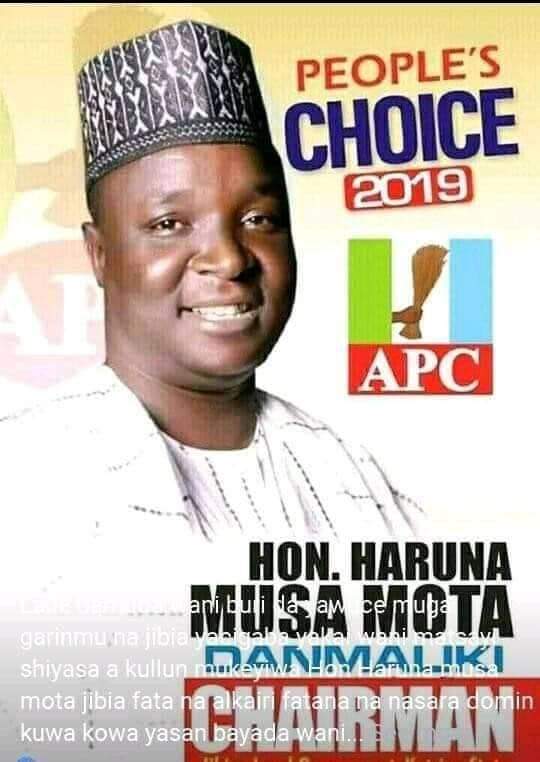 This week, more facts emerged that the former caretaker chairman for Jibia Local Government Area (LGA) of Katsina State, Haruna Musa, currently being remanded at a Katsina correctional centre actually has five charges brought against him by the police in connection with the last December abduction of 344 students of Government Science Secondary School, Kankara.

Musa was elected under the platform of the All Progressive Congress (APC).

The charges are a criminal breach of trust by an agent; Aiding and Abetment of armed robbery; Inciting disturbance; Kidnapping and Terrorism.

Musa was arrested on February 3 based on credible intelligence on his alleged links with bandits over the abductions, according to the police First Information Report (FIR), containing the charges.

The FIR read partly, “On January 30, 2021, at about 0800 hours as a member of Katsina State Fulani/farmers reconciliation committee entrusted with the mandate of negotiating between bandits/kidnappers/robbers in Katsina State, you breached the trust by deliberately using your Samsung GSM Phone with MTN Number:08032981919 in calling one well known armed bandits’ commander residing in Zamfara forest, Zamfara State who masterminded the kidnapping of the students of Government Science Secondary School, Kankara, sometime in December 2020, instigating him with unverified information regarding the release of said students.

“As a result of this information to the commander of the armed bandits by you, he informed his gang who are now rising against the government and people of Katsina State, threatening to continue terrorizing them for the money to be released to them. All these are contrary to sections 298,78 and 47 of the penal code law of Katsina State, 2019.”

However, ASP Isa Litti and ASP EM Garuba, the two police prosecutors on the case, told the Chief Magistrate court where Musa was last arraigned on Monday that investigation was still in progress on the case.

A new date for the case to be mentioned was requested by the prosecutors. ‌

Hjaiya Aminat Ibrahim, the presiding Chief Magistrate, granted the request and adjourned the case till March 25, 2021, for mention.

Hajiya Ibrahim directed that the Certified True Copy of the FIR be released to Barrister Ahmed Danbaba, Musa’s counsel, as requested by him.

She also directed that Musa be remanded at the correctional centre till March 25, 2021, when the case comes up before her for mention.