According to CNN, Karanja had sent a message to her sister and father about her ill feelings.

The ill-fated 737 MAX 8 airplane crashed minutes after take-off on Sunday on its way to Kenya, killing all 157 people on board.

“My heart isn’t really excited. I feel like there’s something bad ahead, but I don’t know what,” Karanja said in a WhatsApp message to her sister.

Kelly Karanja, worried about her sister’s ill feelings about the forthcoming journey from Canada to Kenya, asked her about the time of departure and told her to pray about it.

“10th. Will let you know the time,” Carol replied her sister in a message

Before Carol boarded the ill-fated flight, she became more worried that she sent her father, John Karanja, a message about her fears.

“The day before the flight my daughter sent me a message — and she told me, ‘ I’m not excited. I don’t know what is happening dad. I am fearing and I don’t know what it is in me,’ She had fears. So I thought that was normal. We never interacted again,” John said.

Carol never made it to her country, as she died alongside Ann Wangui Karanja, her mother; Ryan Njoroge, her 7-year-old child; Kellie Pauls, aged 4 and Rubi Pauls, her 9-months-old daughter who was going to meet her family in Kenya for the first time.

“She was always the telepathic one. She was also jovial, funny, selfless, the one who brought the family together. We are not able to put into words the kind of woman she was. She was just awesome,” Kelly said. 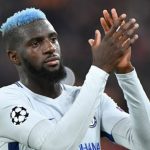