Last year, CDQ dropped a pretty solid album, Ibile Mugabe, which featured some of the biggest afropop names in the game. Given this, we’re a bit surprised that most of the songs flew under the radar, especially the Davido-assisted banger, “Entertainer“, which just got a video.

CDQ enlisting a bunch of our faves — from Wizkid to Tiwa Savage — definitely contributed to the album’s overall quality, and we’re very glad that the rapper is actively bringing the project’s standout bops back up on our radar with music videos.

When the album first dropped, “Entertainer” was one of the songs that arrested us immediately, as Davido absolutely killed the hook. On the catchy and energetic track, both stars confidently brag about their enviable lifestyle as entertainers.

For the accompanying music video, Davido and CDQ host a lit house party, where CDQ is very affectionate with his love interest. The clip displays the exact kind of setting the song would be a hit at, making it even more exciting to listen to. 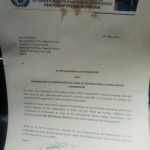 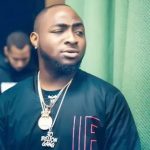 How Davido reacted to FIRS’ listing of DMW as tax defaulter

#COVID19: Rivers State Assembly Donate One Month Salary To Fight The Virus In The State