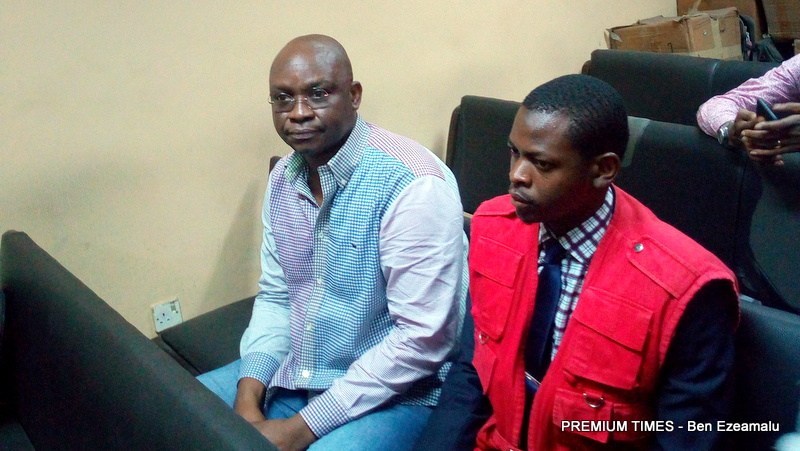 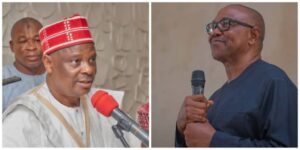 A Seventh Prosecution Witness, Kennedy Osunwa, on Wednesday told a Federal High Court in Lagos that he was engaged to prepare a Deed of Assignment with respect to a property lying at 100, Tiamiyu Savage, Victoria Island, Lagos.

The witness, who is a legal practitioner, gave the evidence at the resumed trial of immediate past Governor of Ekiti State, Ayodele Fayose, who is standing trial on allegations bordering on fraud.

Mr Fayose was arraigned on an 11-count charge by The Economic and Financial Crimes Commission (EFCC) on October 22, 2018 alongside a company, Spotless Investment Ltd.

He had pleaded not guilty to the charges and the court had granted him bail in the sum of N50 million with one surety in like sum.

EFCC had opened the case for the prosecution on November 19, 2018 and called four witnesses.

On January 21, 2018, the prosecution called its fifth witness, Senator Obanikoro, a former Minister of State for Defence.

At the last adjourned date on Tuesday (yesterday) both the fifth Prosecution Witness, Mr Obanikoro, and the sixth witness, Omotayo Falae, had both concluded their evidences before the court.

On Wednesday, Mr Osunwa appeared in court as seventh witness for the EFCC.

The Prosecutor, Rotimi Jacobs (SAN), led him in evidence and asked him to tell the court what he knows about the case.

Mr Osunwa narrated:” Sometime in 2014/2015, a company that I had retainership with as a tenant solicitor, (Still Earth Ltd), called me and said they had acquired some properties lying at 100, Tiamiyu Savage, Victoria Island

“And that they have concluded arrangement to sell some because they have a buyer and the particulars of the buyer were given to me to prepare a Deed of Assignment.

“I was told that one Abiodun Agbele with a company, J. J Technical, are buying the property,”

The witness said the necessary particulars as well as the consideration for the property which he was to insert in the agreement were supplied to him and he prepared the Deed.

He said at completion, he informed the officers of the company that the Deed was ready for execution and they instructed him to bring the agreement to the company as the said Agbele would be coming to take same.

The witness told the court that the agreement was sent as requested and after some days he was called by the officers of the company that same had been executed and he was shown a copy of the Deed that was acknowledged by Agbele’s lawyer, one Mr Kolade.

He said in 2016, he was invited by the EFCC to come with all the officers of his company as well as with all the Deeds of Assignment he prepared with respect to the property at Victoria Island.

The witness said after he received the invite, he immediately travelled to Abuja with all the requirements, adding that he submitted all document to the Commission.

The document was tendered without objections from defence, it was admitted by the court and marked exhibit M to M5.

Mr Jacobs asked the witness to look at the exhibits and tell the court how much he was asked to put as consideration for the property.

According to the witness, the price stated in the agreement was the price he was asked to put down by the Assignee.

Under cross examination by defence counsel Olalekan Ojo (SAN), the witness said when invited by the EFCC, he was directed to tell them what he knows about the Deed.

Mr Ojo: “Did you tell them any lie,” and the witness replied “to the best of my knowledge, No.”

Mr Ojo then suggested to the witness “So, it is possible that you unintentionally lied in your statement,” and the witness replied “I cannot say that.”

When asked if at any point after making his statement, he returned to the EFCC to say he forgot to put in any fact, the witness replied “I can’t remember.”

Meanwhile, there was a mild drama in the courtroom when the witness made assertions before the court alleging intimidation by counsel.

He had first said “Sir, you know you are my senior at the Bar,” and subsequently the witness again said (referring to Ojo) “The way you are looking at me I am intimidated and I seek the protection of the Court,”

The judge urged parties to make progress, adding that her court was concerned with law and justice, and would only continue to uphold what is lawful and just.

Mr Ojo then asked the witness if the parties had informed him that the price he was putting down as the consideration for the property was false, and the witness replied “No.”

The witness added that he only got to know about it at the EFCC.

Mr Ojo again asked the witness if after learning about the falsehood, he had made any additional statement to the EFCC stating that fact, and the witness replied “I did not”

Mr Ojo “My lord, with due respect that will be all for this witness, ”

Continuation of trial will resume on April 15.

According to the charge, on June 17, 2014, Mr Fayose and one Agbele were said to have taken possession of the sum of N1.2 billion for purposes of funding his gubernatorial election campaign in Ekiti State, which sum they reasonably ought to have known formed part of crime proceeds.

Mr Fayose was alleged to have received a cash payment of the sum of five million dollars, (about N1.8 billion) from the then Minister of State for Defence, Sen. Musiliu Obanikoro, without going through any financial institution and which sum exceeded the amount allowed by law.

He was also alleged to have retained the sum of N300 million in his bank account and took control of the aggregate sums of about N622 million which sum he ought to have known formed part of crime proceeds.

Mr Fayose was alleged to have procured De Privateer Ltd and Still Earth Ltd, to retain the aggregate sums of N851 million which they reasonably ought to have known formed part of crime proceeds.

Besides, the defendant was alleged to have used the aggregate sums of about N1.6 billion to acquire properties in Lagos and Abuja, which sums he reasonably ought to have known formed part of crime proceeds.

The accused was also alleged to have used the sum of N200 million to acquire a property in Abuja in the name of his elder sister Moji Oladeji, which sum he ought to know also forms crime proceeds. 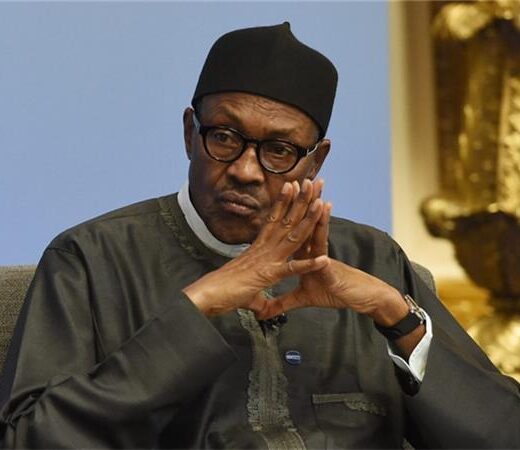 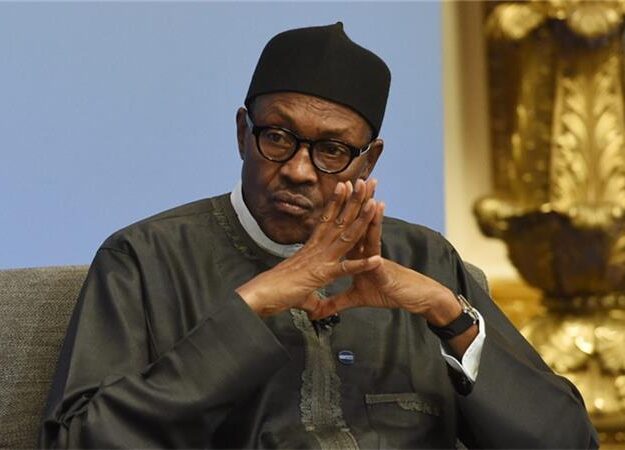 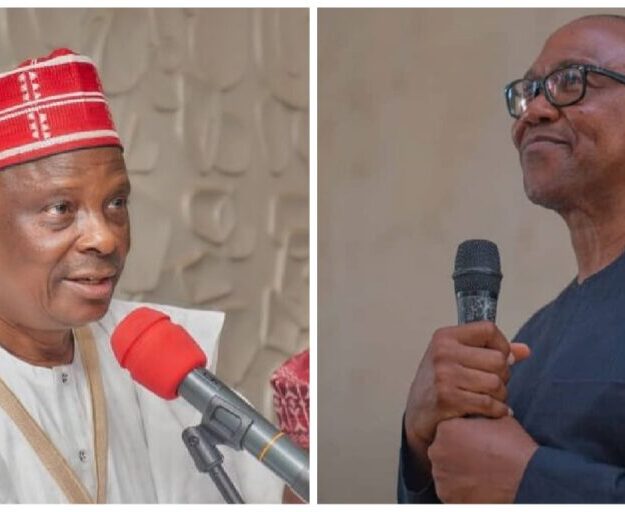 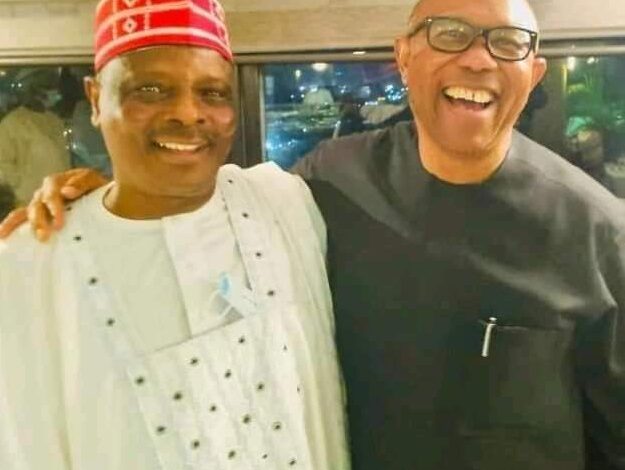 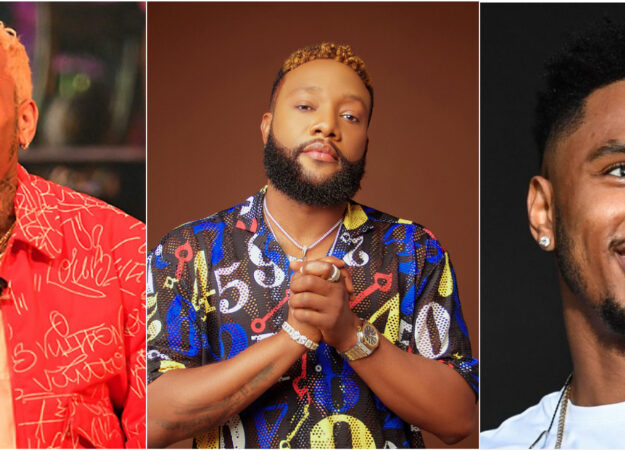 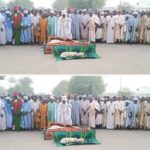 Tears Flow As Man, His Wife & 2 Kids Who Died In Accident Are Buried (Photos) 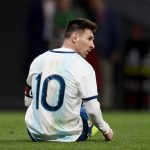 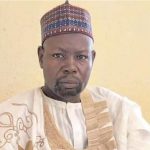 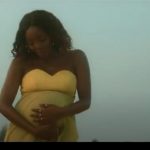