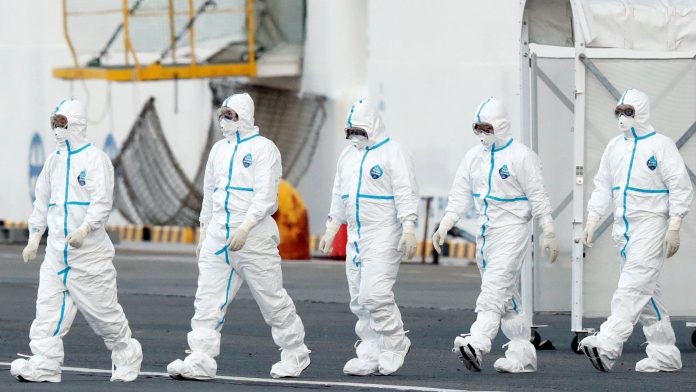 The number of confirmed COVID-19 cases across the Africa continent had reached 859,237 on Tuesday, the Africa Centre for Disease Control and Prevention, Africa CDC, said.

The Africa CDC, a specialised healthcare agency of the 55-member AU Commission, made this known in its latest situation update issued on Tuesday in Addis Ababa.

The centre said that the number of confirmed cases in Africa rose from 846,311 on Monday to 859,237 as of Tuesday afternoon, registering close to 13,000 new positive cases during the stated period.

The Africa CDC reports also said that the number of deaths related to the COVID-19 pandemic rose to 18,160 as of Tuesday afternoon, up from 17,747 on Monday afternoon.

The agency also said that some 506,534 patients, who tested positive for COVID-19, had so far recovered across the continent.

“South Africa, which had so far reported 452,529 confirmed COVID-19 positive cases, is Africa’s highest affected country in terms of positive cases, followed by Egypt, Nigeria, Algeria and Morocco, it said.

The centre had recently said that some 40 African countries were still under “full border closure” while night-time curfew had been activated across around 34 countries in an effort to halt the spread of the infectious virus.