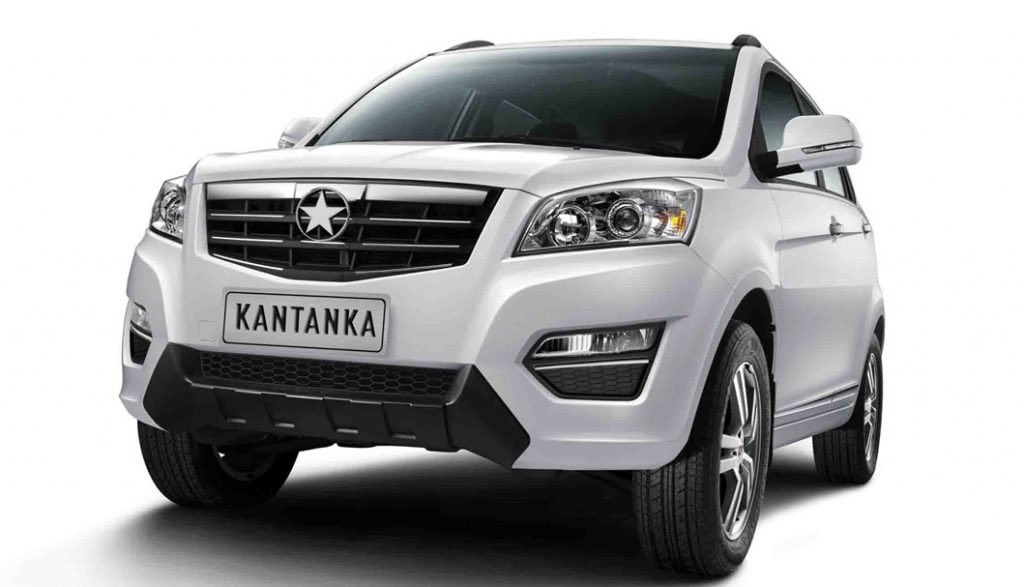 Technology: 10 Cars You Did Not Know Were Made In Africa[Photos]

Africa is a developing continent with amazing potential, and even more creative people. Every day, new inventions are surfacing; new genius uncovered.

From intellectual groundbreakers making us proud home and abroad, to technological wonders. Today, in no particular order, let us briefly examine automobiles made in Africa, adapted to suit our unique terrain, and colorful people. Here are ten cars designed by Africans, for Africa!

This sleek looking car was invented by Ghanaian Apostle Kwadwo Safo, the owner of the Kantanka Group of Companies and the Apostle Safo School of Arts and Sciences. He envisioned, designed and created the vehicle right in Ghana.
The Katanka comes in variety of colours and models. We have the Kantanka SUV, the Kantanka pickup, etc. The Katanka Automobile Company’s manufacturing plant is located in Gomoa Mpota in the central region of Ghana.

Chief Dr. Innocent Ifediaso Chukwuma is the founder and developer of The Innoson Vehicle Manufacturing Company, Nigeria. They are the first technology company to manufacture cars in Nigeria.

Innoson produces luxury cars, mini buses and trucks. Already, models of Innoson cars are already on sale and in use. Unlike the Kantanka which were produced in limited numbers, Innoson has not less than 500 Nigeria-made cars released for sale at the cost of between N 1.5- N3.5 million.

This is an electric hybrid car produced in Uganda by Kiira Motors Corporation (KMC). It is an invention said to have been initiated by students who have successfully gained the Ugandan government support.

The Kiira EV Smack is an advanced stage of the formerly produced Kiira EV Prototype. It is made in a way that is very cost-effective in that it can be powered to use either electricity or diesel.

The Turtle is an intriguing concept vehicle that found life in the middle of a project and a local community. The car is designed and constructed to meet local needs. It combines the looks of a jeep and that of a truck.
It was 100% made in Ghana by Local craftsmen.

The car was produced by an Obafemi Awolowo University final year student, Segun Oyeyiola as his final year project. He formed the car from a Volkswagen Beetle and other materials. He constructed the car in such a way that in the day, it will use solar energy, and in the night it will use wind turbine.

The Laraki Epitome is a $2-million high performance supercar produced in Morocco.

Laraki Motors was established in 1999 as the brainchild of super-yacht designer Abdeslam Laraki.

Wallyscar is a small but powerful car made in Tunisia.

Brothers Zied Guiga & Omar Guiga founded the company in 2006.The car is designed for off-road driving with its largest market being in Africa & the Middle East.

The Rocket – Car designed was by former Libyan leader, Muammar Gaddafi himself.
On August 31st 2009, Gaddafi unveiled a new prototype vehicle that he designed himself in Libya.

South Africa has the Birkin Cars, Ltd. which began in in 1982 by John Watson. The car sells in different parts of the world including United States, Japan, and across Europe.

Mobius Motos released the first batch of their low-cost vehicles towards the end of last year. The multi-purpose vehicle which costs about $10,000 was manufactured for Africa’s mass market. Mobius motors are designing around Africa’s common road terrain and transport usage. The eight-seater vehicle has a large cargo space with a loading capacity of up to 625 kg and is capable of reaching a top speed of 160 km/hr on a manually transmitted gear box.