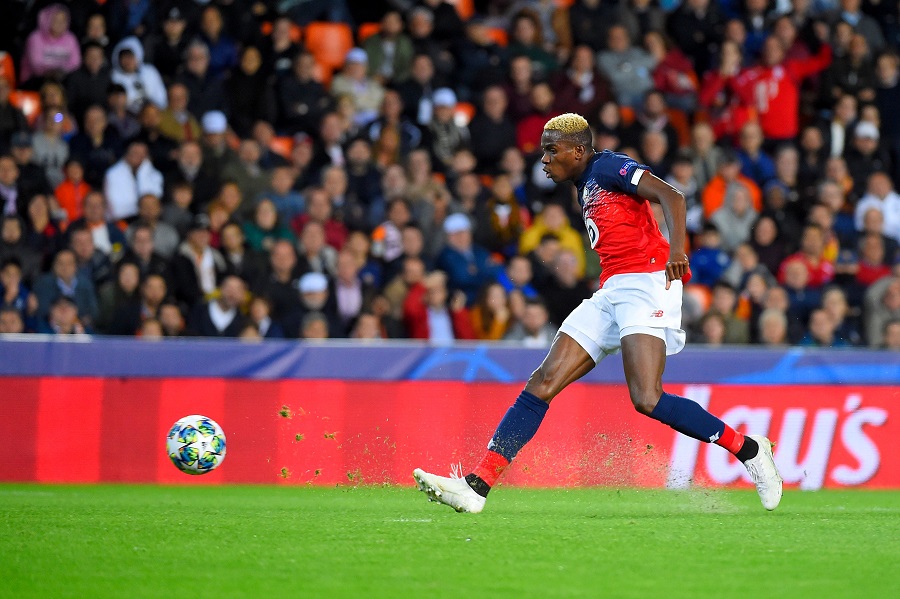 Super Eagles duo, Victor Osimhen and Moses Simon, have been nominated for the 2020 best African player in the French Ligue 1 award, reports Completesports.com.

The award is named after the late Cameroon midfielder Marc Vivien Foe.

Osimhen, who linked up with Lille from Belgian club Sporting Charleroi last summer scored 13 goals and registered four assists in 27 league appearances for the Great Danes.

Simon, who was voted Nantes’ player of the year netted five times and provided five assists in 26 league games for the Canaries.

Islam Slimani (Monaco) and Andy Derlot (Montpellier) are the two Algerian players, who are in the running for the award.

The other three are; Morocco’s Tunis Abdelhamid who plays for Reims, Denis Bouanga of Saint Etienne and Malian Hamari Traore, who is in the books of Rennes.