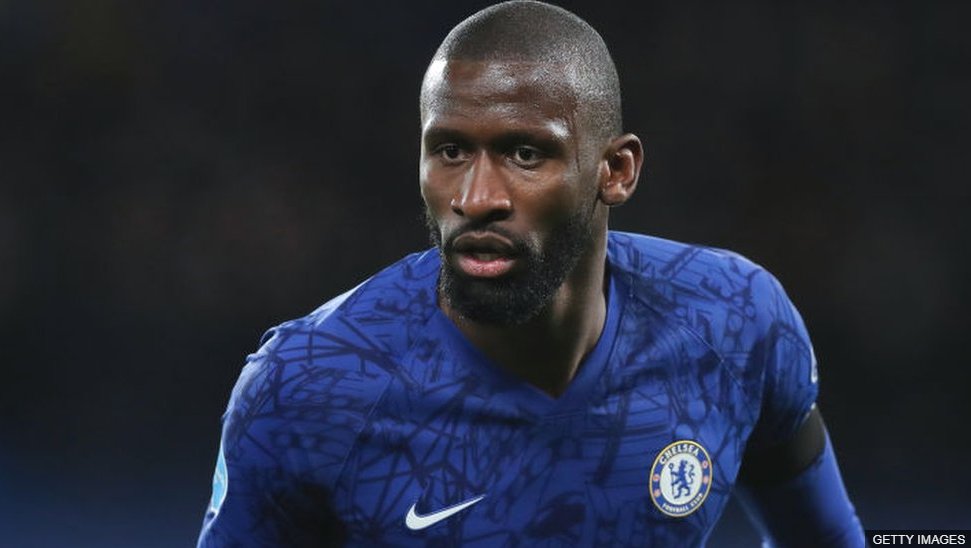 Antonio Rudiger believes Liverpool should be awarded the Premier League title and the season should be ended immediately amid the coronavirus pandemic.

Jurgen Klopp’s side boast a stunning 25-point lead over nearest challengers Manchester City and were just two games away from mathematically securing their first league title since 1990 when the league was shutdown due to COVID-19.

But for Rudiger, he has put domestic rivalries aside and the Chelsea defender feels that Klopp’s men are worthy champions whether the season reaches a conclusion or not.

‘Honestly, as far as I’m concerned they can give Liverpool the title,’ Rudiger told ZDF.

‘At the end of the day they deserve it, they’ve had a great season and are leading the table with, oh I don’t know how many points.

‘The thing is they were going to win the thing anyway, so I think the title is theirs ethically. Of course, I hope that the season can be finished and it will be sporting for everyone.

‘But, as I’ve said before if we continue to play and there is a danger, and we ignore that while people are dying somewhere in the world, I don’t know if that would sit right on my conscience.’

Rudiger feels a sense of responsibility given that the United Kingdom has been one of the worst affected countries in the world by the novel coronavirus.

Those figures make it second-worst in Europe behind Italy, and third-worst globally behind the United States, who are first.

The Premier League continue to await for guidance from the UK government having stressed they will only consider a return to action – which would be behind-closed-doors – if given the green light by Westminster.

Some teams – Arsenal and Tottenham are among them – have started to return to training, modified as so to observe social distancing rules during a national lockdown.