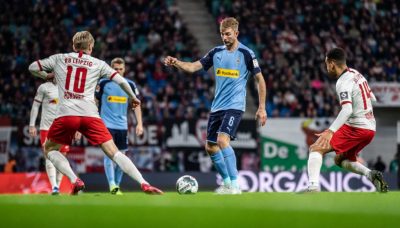 The USA international, Tyler Adams, has signed a new long-term deal with RB Leipzig, little over a year after joining the club from New York Red Bulls. While the midfielder quickly established himself as an indispensable first-team player, injury has forced Adams on to the sidelines for large parts of the season.

In this interview, RB Leipzig’s 21-year-old gifted youngster talks about his toughest moments so far, his ambitions on the field, and the importance of making smart decisions regarding COVID-19.

How would you describe your season so far?

What is your message to the people in these times of
Corona?

“I would say don’t be selfish and don’t make a decision that only benefits yourself, but also think about what actions you’re doing and how they benefit other people. By me staying at home, it might stop someone else from
spreading it to me then spreading it to someone else. You have to look at the bigger picture.”

What are your goals in football?

All I’ve ever wanted to do is win. Luckily enough, we have 28 players on our roster who have all been able to
contribute this season. Constant rotation of our squad has been important. For me individually, and collectively – I don’t think many people would disagree with me – we want
to win the league, and we want to come out on top and raise the trophy.”