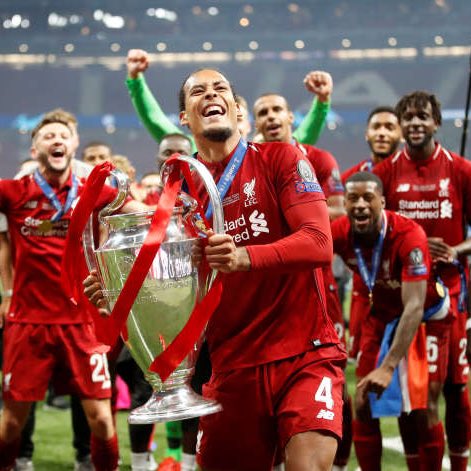 UEFA bosses could be forced to abandon the Champions League and Europa League this season due to the coronavirus crisis.

All games in both competitions have been suspended ‘until further notice’ by Uefa because of the global pandemic.

But if domestic leagues across Europe cannot restart before the end of June, the chances of fitting in the remaining Champions League and Europa League games will become highly unlikely.

And if the competitions are scrapped then Liverpool will remain the last winners of the Champions League.

All national team games in June have also been postponed, including play-off matches for Euro 2020 – which has already been put back to 2021 – along with qualifying matches for the Women’s Euro 2021.

The prospect of calling off it’s flagship club competition for the first time in history would be a huge blow to Uefa and cost them millions in lost revenue.

The decision to postpone the competitions indefinitely was made yesterday following a teleconference meeting with Uefa’s 55 member associations.

The Premier League is suspended until at least 30 April, but this deadline is expected to be pushed back even further in the coming weeks – with Uefa president Aleksander Ceferin admitting the season could be lost if play does not start by the end of June.

Premier League clubs Manchester City and Chelsea are both still in the Champions League, while Manchester United, Wolves and Scottish Premiership side Rangers all remain in the Europa League.

If possible, Uefa would be willing to stage the semi-finals and finals in August, but want to give domestic leagues priority when it comes to getting finished – no matter how long this takes.

The Champions League final was due to take place in Istanbul on May 30, with the Europa League final scheduled for three days earlier in Gdansk.

Uefa remain desperate to complete both competitions, but are becoming increasingly fearful of when this might be and what impact it will have on the structure of next season.

Uefa said in a statement: “Following our video conference meeting with the general secretaries of all 55 UEFA member associations and recommendations made by the working groups created on 17 March, the UEFA Executive Committee took a series of decisions, as follows:

“All national team matches for men and women due to be played in June 2020 are postponed until further notice. This includes the play-off matches for Euro 2020 and qualifying matches for Women’s Euro 2021

“All other Uefa competition matches, including the centralised international friendly matches, remain postponed until further notice.”