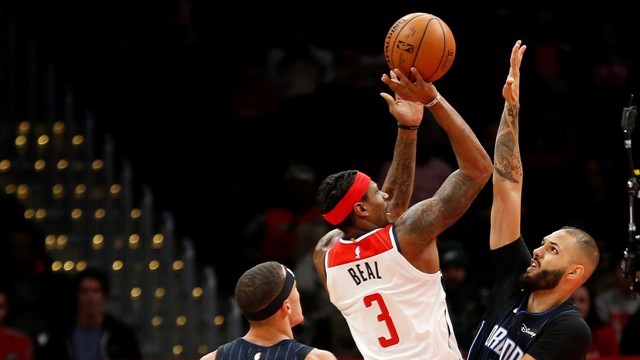 Wizards and Bradley Beal to host Hawks At Capital One Arena. The Wizards will want to move on from a 104-125 loss to the Portland Trail-Blazers in which Moritz Wagner provided his team with 7 offensive rebounds and 9 rebounds.

The Hawks will want to move on from an 88-127 loss at home to the Memphis Grizzlies, a game in which Bruno Fernando had a disappointing outing with 2 points (1-of-8 FG) and 6 rebounds. Trae Young was solid with 19 points (5-of-17 FG) and 3 steals.

Will Bradley Beal replicate his 29 point performance in the last game’s loss to the Blazers? The Wizards won one out of the 2 times they faced each other this season. The Wizards have won just 2 of their last 5 games. Only 2 of the last five games played by the Hawks were wins. Both teams will be featuring their full lineups with no crucial players sitting out the contest.

Related: Bulls Come To Town To Meet Bradley Beal And Wizards, At Capital One Arena

The Wizards are much better at shooting than the Hawks; they rank No. 5 in field goals made, while the Hawks rank just No. 17.

Will the fact that the Hawks have rested 4 days while the Wizards only 2 days give them an upper hand? The Wizards next matchups are home vs MIA, home vs NYK, away vs BOS. Get all the Wizards tickets with no fees at TickPick. Top seats to Washington Wizards vs. Atlanta Hawks at Capital One Arena starting from 23 dollars!