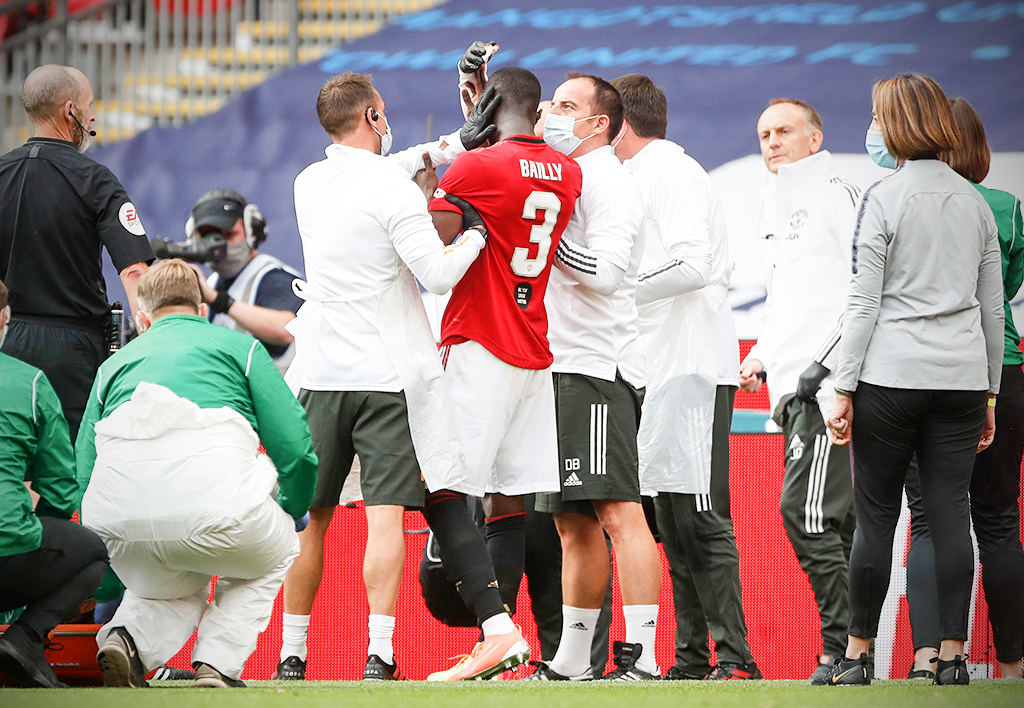 The Ivorian centre-back was strechered off with a neck brace after a clash of heads with team-mate Harry Maguire.

Baily was later replaced by France forward Anthony Martial, who won a penalty for United’s only goal of the game.

United went on to lose the game 3-1 with Olivier Giroud, Mason Mount and Harry Maguire (own goal) scoring for Chelsea.

“Let’s all pray for Bailly’s quick recovery. Been very unlucky with injuries in recent years. such an amazing and solid defender when fit
. get well soon bro!,”Oliseh wrote on his Twitter handle.

The tough tackling defender recently returned from a knee injury which kept him out of action for six months.