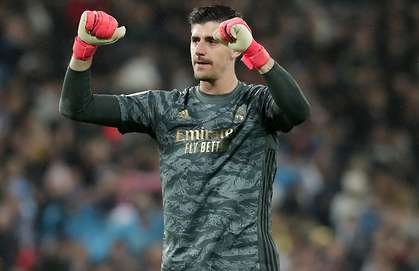 Following the league success Courtois is now the first player ever to win the La Liga title for city rivals Real Madrid and Atletico Madrid.

The former Chelsea shot stopper was a  member of the Atletico Madrid side that won the league in 2014.

Courtois has played a huge part in Madrid winning the league after so far keeping 18 clean sheets the most by any goalkeeper this season.