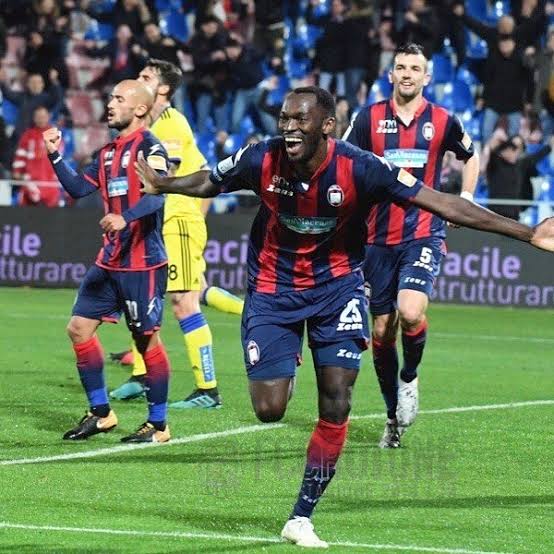 Nigeria forward Simy Nwankwo continued his impressive scoring from for Crotone by grabbing a goal in the club’s 3-1 away win against Cittadella in their Serie B clash on Friday night, reports Completesports.com.

Nwankwo, who bagged a hat-trick in Crotone’s 3-0 win against league leaders Benevento last weekend, scored his side’s second goal in the 37th minute.

Junior Messias scored the other goals for the visitors in the encounter.

Nwankwo has now scored 17 goals in 31 league appearances for Crotone this season.

In another Serie B game, Joel Obi missed Chievo Verona’s 1-1 home draw against Trapani due to injury.

In Spain, Ramon Azeez was in action in Granada’s 3-2 away win at Real Sociedad.

The 27-year-old has scored twice in 21 league outings for Granada this season.

In the Portuguese Primeira Liga, Mikel Agu was in action for 90 minutes as Vitoria Guimaraes fell to a 2-1 home loss against Gil Vicente.

Agu has made 13 league appearances for his club this term and scored one goal.