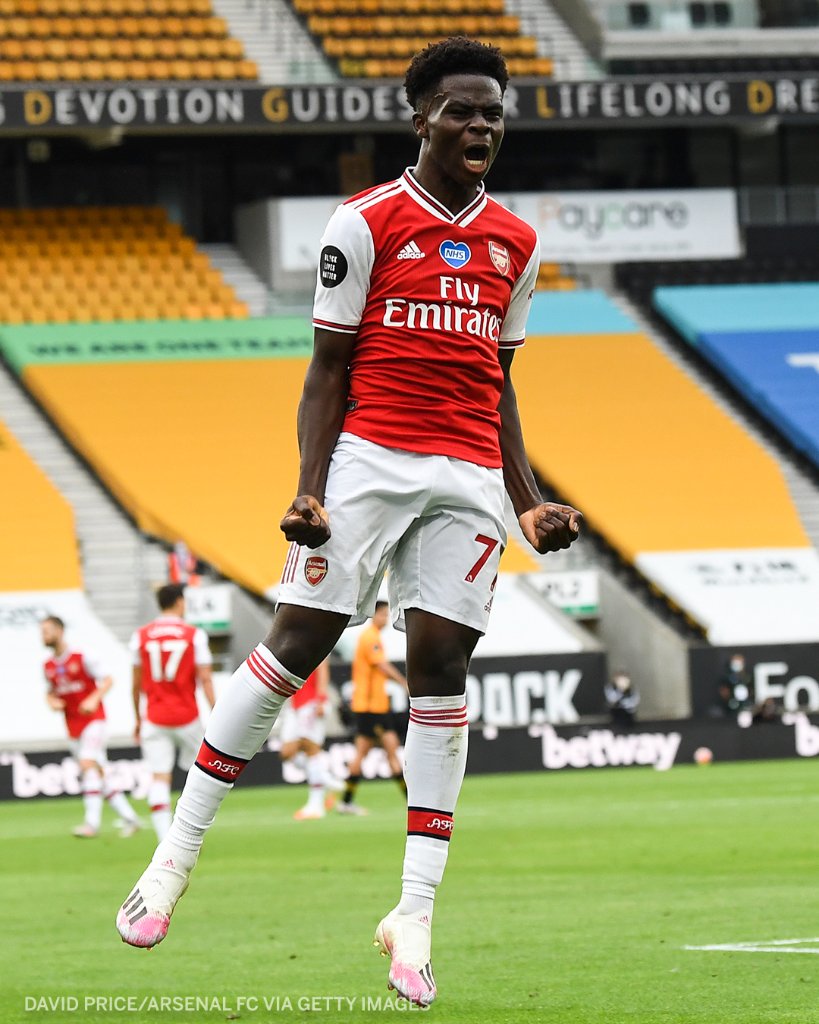 Bukayo Saka scored his first ever Premier League goal as Arsenal kept up their hopes of Champions League football with a 2-0 win against Wolverhampton Wanderers at the Molineux, Completesports.com reports.

Substitute Alexandre Lacazette doubled Arsenal’s lead to score a Premier League away goal for the first time since February 2019.

Saka is the seventh-youngest player to score a Premier League goal for Arsenal in the club’s history.

Wolves dominated the first-half possession, with Joao Moutinho and Ruben Neves to the fore.

But it was Arsenal who had the best opportunity to take the lead after 35 minutes but Eddie Nketiah was denied as his snap shot was stopped by a combination of Rui Patricio and the post.

However, Saka made no mistake two minutes before the break, arriving into the penalty area to meet Kieran Tierney’s deflected cross and hammered it past Patricio.

In the 64th minute Adama Traore was played clean through on goal only for him to harmlessly chip his shot over the crossbar.

And in the 86th minute Arsenal secured the three points thanks to Lacazette as his smartly-taken finish, handed his side their first away win against a top-half opponent this season, and ensured a fourth straight victory for Arteta’s men.

The Gunners have now kept back-to-back Premier League clean sheets away from home for the first time since February 2016.

The defeat was Wolves first since January 2020.

Arsenal are now seventh on 49 points and are six points away from fourth position.