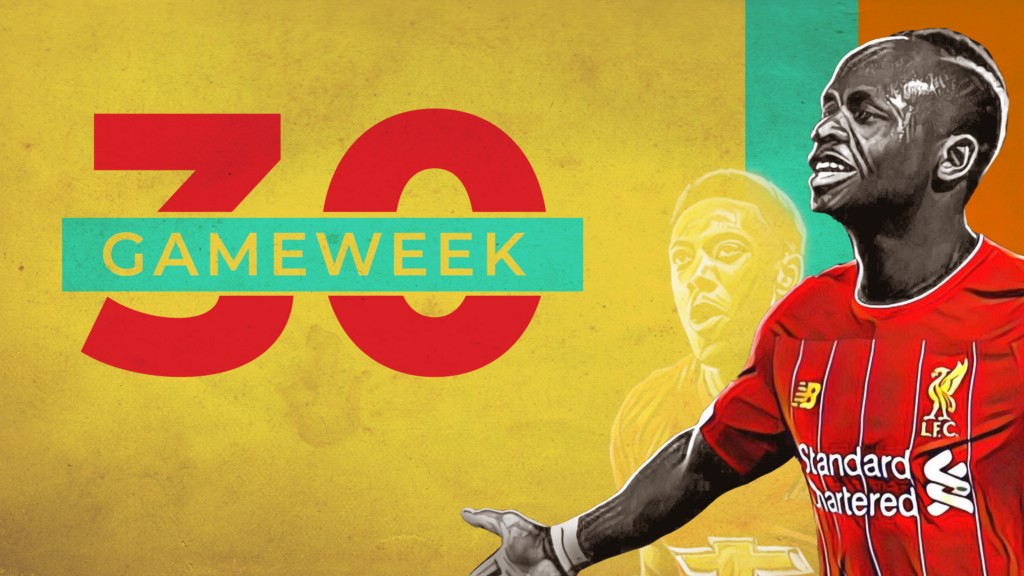 Mané did it again, taking home the MVP of the round for the fourth time in this competition! We know, the left winger has got some talent!

England Sim Fantasy Gameweek 30 has ended and here are the final scores, like every other day!

Only here you‘ll find the results for each game, the MVP and the Dream Team of every gameweek. You can check goals, assists, bookings and the final result of each match.

The highlights of the round were Liverpool’s big victory at Birmingham, and also kept the clean sheet, Mané proved to be the man who holds the team once again, and Manchester United back to winning ways at home versus Chelsea, after 3 games!

Sadio Mané finished Gameweek 30 as the MVP, with 13 points! The Senegal star was honored with the MVP for the 4th time in the season! This time he had a big brace in an away win over Aston Villa, keeping the Reds front of the league!

As always, the #DreamTeam has a selection of the best showings in England Sim Fantasy’s Gameweek 30, with midfielders being the ones on display this round.

The round’s highlight was Liverpool with 3 players in the Dream Team. Burnley slotted in 2 players and Bournemouth, Man City, Man United, Norwich, Sheffield United and Wolves took the remaining spots, for a total of 8 different clubs earning a spot in the GW30 Dream Team.

The attacking trio is composed of Dominic Solanke (10 points), with a brace in Bournemouth’s home win, Lys Mousset (9 points), who scored one and assisted another in Sheffield United’s surprise win over Arsenal, and Raul Jiménez (9 points), who did the same for Wolves in an away draw.

In the middle of the park, we have Sadio Mané (13 points), our MVP once again, Kevin De Bruyne (11 points), who was in both of City’s goals, Anthony Martial (10 points), who had goal plus assist in a very important United win over Chelsea, and Mohamed Salah (10 points), who did the same in Liverpool’s away win.

Here’s how the league table looks like after Gameweek 30.

England Sim Fantasy: the Results of Gameweek 30 was originally published in The Call-Up on Medium, where people are continuing the conversation by highlighting and responding to this story.