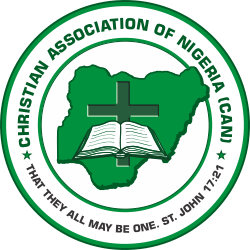 The Christian Association of Nigeria (CAN) has launched investigation into the alleged rape made against the pastor of the Commonwealth of Zion Assembly (COZA), Biodun Fatoyinbo by Busola Dakolo, wife of musician, Timi Dakolo.

Pastor Fatoyinbo had on Friday denied the rape allegation and threatened court action.

Following the allegation by Busola in an interview granted to Ynaija, an online,  she was raped by the popular pastor while she was a teenager; Fatoyinbo released a statement on his official Instagram page to debunk the allegations levelled against him, saying several statements had been made to extort the church through blackmail, harassment and intimidation.

A statement issued yesterday night by Pastor Adebayo Oladeji, Special Assistant (Media & Communications) to the CAN President, Rev. Samson Ayokunle said: “The Christian Association of Nigeria (CAN) has a body, condemns any case of rape in strong terms, it doesn’t matter who is involved.

“It is ungodly, wicked, and reprehensible. However, on the allegations against Pastor Tolu Fatoyinbo, we have no details about the matter other than what we are reading and hearing from the social media, this is not reliable and credible evidence enough to jump into a conclusion.

“The CAN leadership, therefore, has reached out to the leadership of the block which the pastor in question belongs with a view to getting to the root of the matter. This will help us to make the right decision on the issue.”