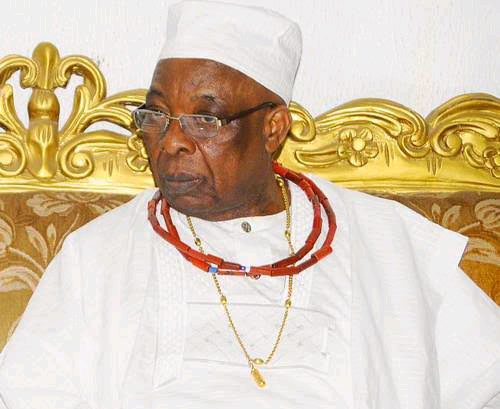 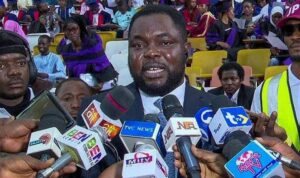 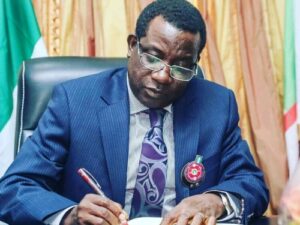 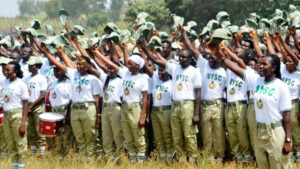 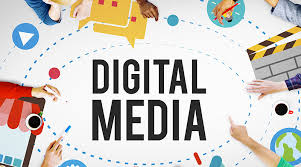 Owa Obokun Adimula of Ijesaland, Oba Gabriel Adekunle Aromolaran, has assured a resounding victory for Governor Adegboyega Oyetola in Ijesaland in the forthcoming governorship election in the State.

The revered monarch said his confidence lies in the excellent performance of the Governor in the last three and a half years, saying his return for second term will be a walkover.

Oba Aromolaran who lauded Governor Oyetola over his tremendous achievements across sectors noted that he had been rated high among other candidates based on his track records.

This is as Governor Oyetola’s re-election campaign moves to Ijesa-south Federal Constituency.

Oba Aromolaran, while speaking in his palace, said: “You are the incumbent Governor, but you have proved yourself with your satisfactory performance. You have not disappointed us in any way, and your emergence is not doubtful, especially among my people.

“Whoever stands by God will never fail. We thank you Mr. Governor for all you have done for us and we thank you for what you will be doing in your second term.

“We are not known for dilly-dallying in our collective history, and it won’t start in our disposition towards you. In other words, we will not disappoint you.

“We are united with you in purpose and developmental intentions, and that is why we are standing by you now, and we will stand by you with our votes.

“The whole of Ijesaland and Osun are proud of you because you are a true Excellency who knows the value of education, good health system, and other critical indices of development. I don’t want to talk too much than to thank you”, Oba Aromolaran added.

“As a prominent traditional ruler in Yorubaland, your virtues cannot be quantified and we are very proud of you and your support all the time. The support of your sons and daughters in government cannot be overemphasized. We thank you for all you have been doing to support us. As we all know, Oyetola has done so much across the sectors. We are confident of your support and we have no doubt in our mind that your votes will be massive in Ijesaland”, they said.

While addressing the crowd of supporters and residents on the campaign ground, Oyetola urged residents to be wary of the intimidation strategy of politicians, saying no anti-democratic schemes will stand in the forthcoming election.

He reassured the electorate of utmost safety before, during and after the election, saying necessary mechanisms will be put in place to ensure a hitch-free electoral process.

Oyetola said Osun was at a critical phase in its history, adding that if there is any time for citizens to act for the collective good and future of the state, the time is now.

Governor Oyetola tasked the loyalists of his party to double their efforts of mobilisation strategy, urging those that have not collected their Permanent Voter’s Cards to do so without further delay.