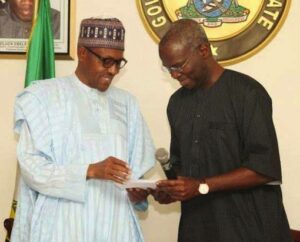 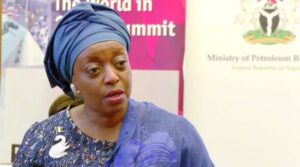 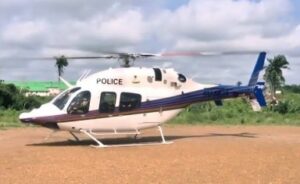 …our hopes lie in the panel, says petitioner

The Panel reiterated its commitment to ensuring fair hearing and justice in all the petitions received within the time frame of stipulated six months.

This is just as the Chairman of the Panel, Justice Akinwale David Oladimeji, berated the attitude and misconduct of  some officers and men of  Nigeria Police Force.

Addressing journalists shortly after the hearings, Justice Oladimeji said the evidence gathered so far show that police are the cog in the wheel of Nigeria’s progress

Oladimeji said it was unfortunate that most of the cases received were premised on the non- execution and non-implementation of court verdicts against police.

He said: “A lot of things have been exposed about the conduct and activity of the Nigeria Police.

“From the evidence we have gathered so far, it appears that it is some of the Police officers and men that are the cog in the wheel of progress of this country; that is my belief”.

Speaking on the proceedings so far, the Chairman of the Panel maintained that 30 petitions have been received and some cases have been concluded while others have been treated for fair hearings.

He reafirmed the panel’s commitment to adjudicating justice within the period allocated to conclude all the hearings of all the petitions and cases before it.

“We have been receiving petitions and we have about 30 cases. Though we have resolved some of the cases, there won’t be any report until we conclude all the proceedings.

“Generally, there has never been any delay except for some few cases. As you know, either the lawyer or petitioner can cause some delay because sometimes, they write letters for adjournments.

“If it requires us to work extra time, we will do so. We will not hesitate to conclude the hearings within the stipulated period because we don’t want any extension of time”, Oladimeji added.

Oluyide who petitioned the police through the panel for the gruesome killing of his brother expressed satisfaction in the way and manner the panel has been conducting itself to ensure fair hearing and justice for all the parties.

He commended the administration of Governor Adegboyega Oyetola for adhering strictly to the directive of President Muhammadu Buhari to set up the Panel, an action which he said had rekindled his hope to receive justice.

“I am here to seek justice for the killing of my brother, one Barrister Elijah Adeyemi, who was gruesomely murdered by a police officer along Lagere in Ile-Ife in 1993.

“Since then, we had requested the then Governor to set up panel of inquiry to investigate the misconduct, but it is unfortunate that nothing  was done. But now that the panel of inquiry has been set up, we feel that it is time to take the matter up. That is why we have come here.

“As a matter of fact, I am satisfied with the proceedings so far because both the petitioners and the respondents were given fair hearing, and with this, we are confident of justice”, Oluyide added.