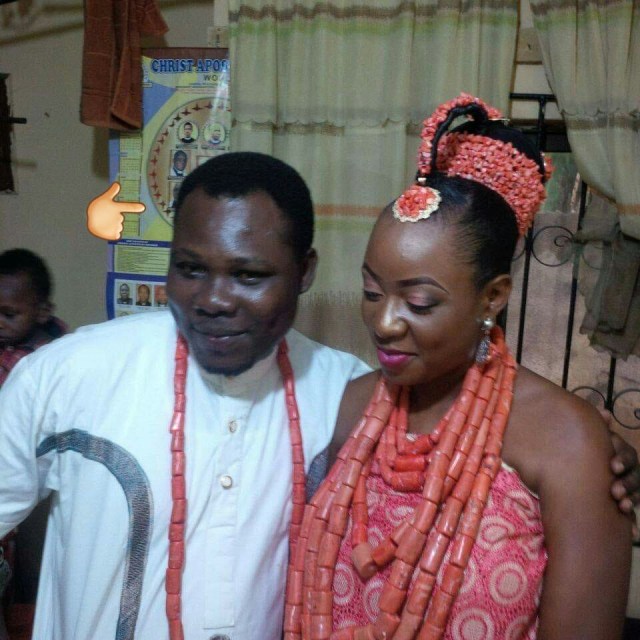 A Nigerian man took to social media to call out her late sister’s husband for allegedly killing her through domestic abuse.

According to Prince Iyase Kelvin Osawaru, his “late sister’s husband turned his wife to a punching bag for reasons best known to him, to the point that his family had to take his sister and her two kids from him.”

He said his sister, Lilian Iyase Edo went back to her husband in 2019 after he came back begging to have her back and promising that he won’t assault her again. The said inlaw was accompanied by his family members and pastor.

The Facebook user said her sister who was pregnant was beaten again few days ago by her husband who struck her in the stomach. He said the beating affected her uterus and sent her into emergency labour.

While her baby made it out alive, Lilian however died from complications arising from the internal injuries she had suffered.

Read what Osaweru wrote below;

MY LATE SISTER WAS A VICTIM OF AN ABUSIVE MARRIAGE

A lot of friends have been asking me what really happened to my sister..

There you go, this man on the picture is the reason behind her death…

The shortest summary I can give goes thus;

This man turned his wife to a punching bag for reasons best known to him, to the point that our family had to retrieve my sister and her two kids from him

One would have thought that my sister would take that as a relief, but NO love kept finding it’s way back, she will go as far as clandestinely frolicking with him and along the line she conceived her third and last child

Sometimes last year, this man came in company of his family and pastor begging to have his wife back, he won’t molest her ever again, and so my sister agreed joyously to go back to her sweet hubby not knowing that she won’t get another chance at redemption…

TO THE MATTER OF THE DAY

This woman beater now killer, still beat my pregnant sister mercilessly again, hitting her stomach, to the point that unknown to her, the beating had affected her UTERUS, in no distant time precisely( 2 days ago) , my sis entered emergency labour and was booked for a cesarean section (CS)

The baby was successfully out, that’s when complications arising from the internal injuries she had suffered started, the rest is an history too painful to even talk about, and she died eventually..

I’m sharing this personal story basically because i know that amongst those who will read this post, are ladies definitely going through this inhumane act of abuse in relationship/marriage… This may be your last chance to leave that beast now before it is too late..

As a man, if your woman or wife does the height of unforgivable thing to you, please send her back to her parents, you paid BRIDE PRICE, didn’t pay for her life..

As for this guy on the picture, i congratulate you my brother because you don win award.