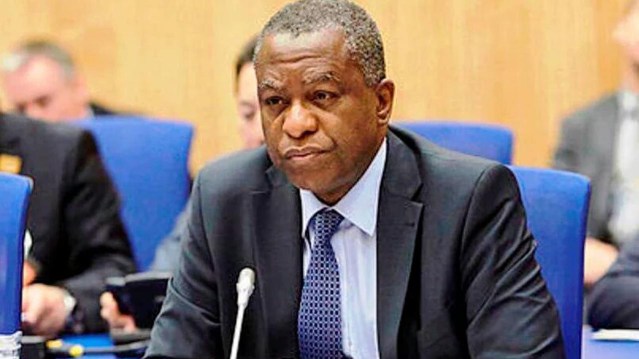 Geoffrey Onyeama Nigeria’s foreign affairs minister on Monday May 18, announced that the Central Bank of Nigeria (CBN) and Nigerian National Petroleum Corporation (NNPC) will take care of the hotel accommodation and feeding bills of Nigerians who were recently evacuated from countries they were stranded in.

It was earlier reported that the evacuees were directed by the federal government to pay N297,000 for their 14-day mandatory isolation.

After the directives was largely criticized, Onyeama said he approached the Governor of the Central Bank of Nigeria and Group Managing Director of NNPC who both agreed to pick the bill.

He further revealed that the initial decision was taken due to paucity of funds even though they were not happy with it.

” So Friday night after getting all the barrage from around the world including saying that we were somehow conspiring with hotels to fleece Nigerians and make money for our self selves and other form of accusation and we continued never the less we tried to find a way through and they say that two heads are better than one, the honorable Minister of Environment, Dr. Mahmoud Abubakar called me and said why not try NNPC? Why not try CBN. You know they have corporate social responsibility funding and I told him I will do that immediately.

” I got in touch with Governor of the CBN and used as much persuasive channel as possible to get him over and told him I will do the same with GMD of NNPC and the Governor of the CBN, very generously and very kindly, agreed and said the amount that I was talking about was over N1 billion because we have over 4,000 Nigerians out there, and if over 3,000 or something of them come back the cost of accommodation and feeding and everything else is over a billion that we don’t have.

“He said he was ready to explore and share the cost with NNPC . I spoke to the GMD of NNPC and he said he was going to consult and we kept our fingers crossed.

“Thanks be to God, today he got back to me to say he was ready. he was going to meet up with the Governor of the CBN and together they would fund this portion. A very very important portion, the accommodation and feeding of evacuees. So we go forward in a better environment.”