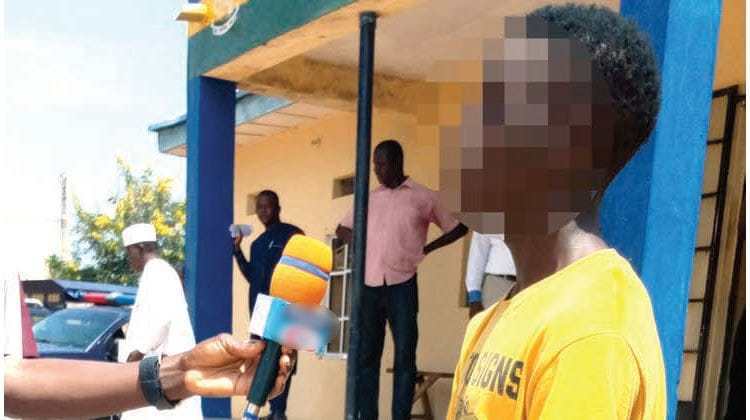 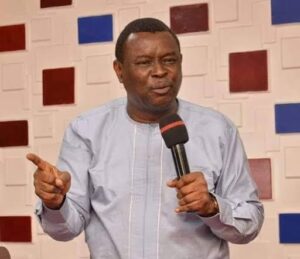 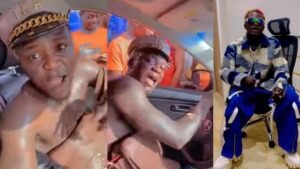 Gombe State Police Command on Tuesday paraded some suspected cyber fraudsters. One of them, 16-year-old Gabriel Michael, said he was influenced by the lifestyle and songs of a Nigerian musician, Naira Marley, Punch reports.

While the police said that the suspected internet fraudster is 18 years old, the suspect identified as Gabriel Michael insisted that he is just 16 years old.

“I learnt hacking through tutorials on YouTube; for so many months I was at it. The lifestyle of a Nigerian musician, Naira Marley, the way he spends money influenced me. Marley talks about being a Yahoo boy (cyber fraudster). My addiction to computer started at the age of seven,” Michael said.

“I’m 16 years old, from Kaltungo Local Government Area of Gombe State. I finished from the Nationwide Academy in Gombe. I was arrested for hacking into someone’s account.

“I generate software like IP protocol, Angry IP scans, linos and I use them to do the job”he added.

Pleading for mercy when paraded before newsmen, Michael said he can channel his skills to legal ventures but has no one to encourage him.

“I regret my actions. I pray to be pardoned, so that I can use my talent in other to work for them (law enforcement agency). I can channel my ideas to legal ventures but the challenge has always been that nobody encourages one to use his talent to do good things. For instance, friends will push you to do so because you are making money. My ambition is to work hard to become a member of the Department of Security Services.”

On how he has been able conceal what he does from his parents, the suspect said he hides under the cover of his everyday job which is aluminum works.

“I hide under the cover of my job; I’m into aluminum works. My parents did not suspect my heinous activities,” he said.

Revealing how he was able to hack into the bank account of one Deborah Tanko to withdraw N187,000, Michael said;

“Once you can guess a name or number you will formulate it. Usually, I start from getting your telephone number from your social media platforms, such as Instagram, Facebook and Twitter. After getting your names, telephone number and your bank, I will formulate it, and attempt to get your personal data base from the bank and thereafter generate your token for transaction. I don’t usually exceed two attempts; if you do it thrice, you will be caught.”

Punch reported that the state’s Police Public Relations Officer, SP Mary Malum said Michael was arrested on August 30, 2019 around the PZ Quarters ( a commercial area of Gombe) for fraud, cheating and cybercrime.

“Michael used his computer to hack into Tanko’s account and withdrew the sum of N187,100 cash from her GT Bank account and the suspect has confessed to the crime. Exhibits recovered from Michael include one mobile handset, N10,000 cash, two pairs of shoes and clothes, amounting to about N33,000. The items were bought with the proceeds of the illegal withdrawal.

“The suspect is under investigation with a view to charging him to court. In line with the IGP’s vision and mission of the Operation Puff Adder meant to reclaim the public space from heinous criminal elements that are threatening internal security, the Gombe State Police Command is determined to ensure that Gombe State remains peaceful.” 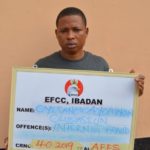 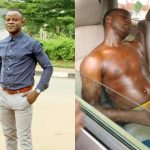 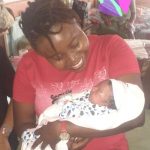 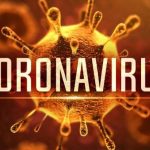