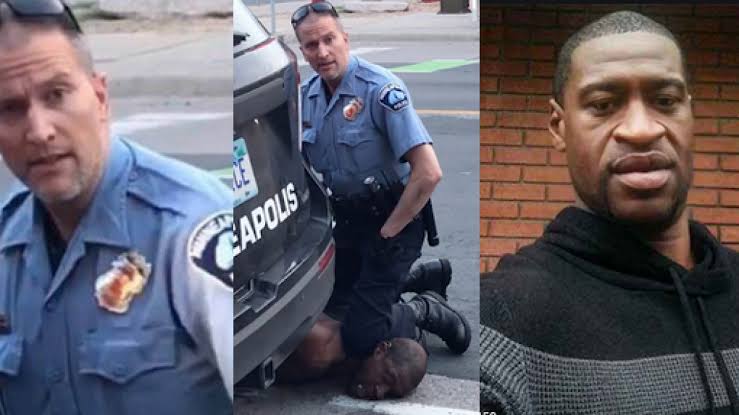 Police Officer, Derek Chauvin Who Killed George Floyd Has Been Arrested And Charged With Murder

A former Minneapolis police officer, Derek Chauvin, who was shown on video putting his knee on the neck of George Floyd as he pleaded for air, was arrested Friday and charged with murder.

KanyiDaily had published a video that shows how George Floyd died during arrest on Monday, after a white police officer pinned him to the ground by pressing his knee into Floyd’s neck as the black man repeatedly said, “I can’t breathe.”

Chauvin, who was fired on Tuesday along with the three other officers involved in the arrest of Floyd, was taken into custody on Friday and faces charges of third-degree murder and manslaughter.

Hennepin County Attorney, Mike Freeman who announced the arrest on the 19-year veteran of Minneapolis PD, said investigation is ongoing into the other three officers involved, all of whom have been fired.

According to court documents, passers-by took video of Floyd pleading “I can’t breathe,” as Chauvin, who is white, kneeled on Floyd’s neck for exactly 8 minutes and 45 seconds on Monday night.

That deadly time span allegedly included 2 minutes and 53 seconds after Floyd passed out. Chauvin should have known “that this type of restraint with a subject in a prone position is inherently dangerous,” according to the complaint.

“Derek Michael Chauvin caused the death of George Floyd by his culpable negligence, creating an unreasonable risk and taking a chance of causing death or great bodily harm to George Floyd,” the complaint said.

Floyd had been handcuffed for allegedly passing a phony $20 bill at the corner store. He refused to get into a squad car and was “intentionally falling down,” saying he was claustrophobic and struggling to breathe, according to the complaint.

ALSO READ: Madonna Mocked As Her Son ‘Dances Out Racism’ To Honour George Floyd Who Was Murdered By Police

While standing outside the car, Mr. Floyd began saying and repeating that he could not breathe, the document said.

When the cuffed Floyd was eventually put facedown on the pavement, the “defendant placed his left knee in the area of Mr. Floyd’s head and neck,” according to prosecutors.

One of Chauvin’s colleagues suggested rolling Floyd on to his side but Chauvin allegedly said, “No, staying put where we got him.”

When Floyd stopped moving, Officer J. Alexander Kueng “checked Mr. Floyd’s right wrist for a pulse and said, ‘I couldn’t find one.’ None of the officers moved from their positions,” the complaint said.

The medical examiner found no evidence that Floyd died from traumatic asphyxia or strangulation, the complaint said.

Instead, Floyd had coronary artery and hypertensive heart disease and, “the combined effects of Mr. Floyd being restrained by the police, his underlying health conditions and any potential intoxicants in his system likely contributed to his death,” according to the complaint.

Chauvin is currently being held at the adult detention center Ramsey County jail in St. Paul, according to a law enforcement source. He is awaiting his first court appearance, which is expected Monday at the Hennepin County Court.

Meanwhile, a CNN reporter and his entire crew were arrested on Friday live on air while covering the Minneapolis protests over the killing of George Floyd. 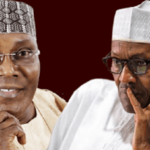 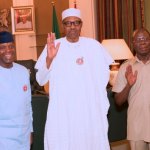 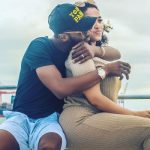 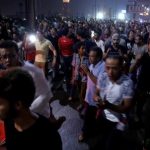 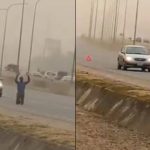