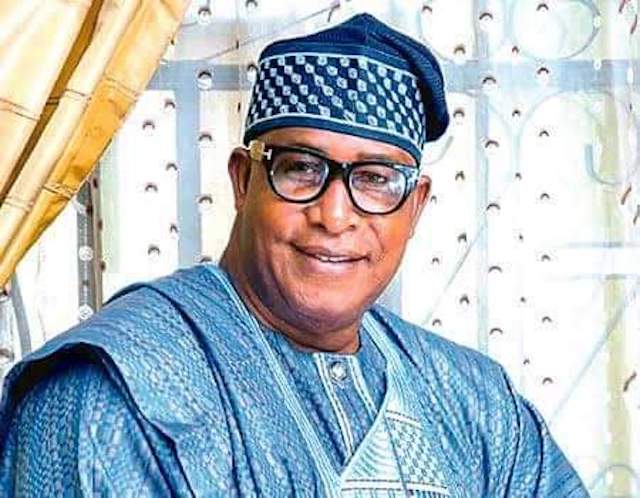 And Bello’s children, some of them Nollywood greats in their right, also produced a special birthday song for their dad.

The Nollywood stars celebrated “Oga Bello” for his mentorship and fatherly guidance in the profession.

Since then, he had produced and directed many Yoruba movies.

He had also featured in many movies.

He was a pioneer member of the Association of Nigerian Theatre Arts Practitioners and also served as President of the association.

Afolayan, on his instagram page said: “Happy birthday to one of the most blessed fathers that ever lived. I wish you many more years in good health and plenty money daddy.”

Actress, Foluke Daramola-Salako, said of the veteran actor: “Happy birthday to a wonderful father in every ramification.

“May God bless you, increase you for us and be with you in all you do sir. We love and truly appreciate you sir.”

“On your birthday, I wish you all the best as always sir. Enjoy your day and stay safe sir.”

Another Actress, Ronke Odusanya, said: “Happy birthday Daddy. The grace of God on your life shall always multiply.

“Thank you for always being an inspiration, source of encouragement and advice.”

Bukky Wright also penned this for Bello: “Happy birthday to a living legend”.

The most moving tribute came from the children, who put together a videolised song for their dad.

Bello was born in Lagos in 1953, although of Kwara descent.

He had his primary and secondary education in the city before he ventured into acting in 1964, when he was barely 11 years old.

He started off with a group called Young Concert Party, under the leadership of Ojo Ladipo, popularly known as Baba Mero.

Following the demise of Ojo Ladipo in 1978, Salami took the mantle of leadership of the group, which brought him into the limelight.

He featured in the first Yoruba film, Ajani Ogun, in which the late Adeyemi Afolayan, the father of Kunle Afolayan and Gabriel Afolayan, played the lead role.

Among his children is Femi Adebayo, an actor and lawyer.

Another is Kemi Adebayo, an MBA graduate of Roehampton University.