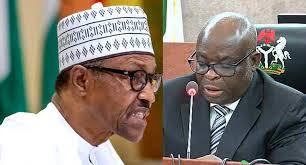 CJN Onnoghen’s Trial At CCT: The Updates, The Clash There was a mild drama at the Code of Conduct Tribunal on Monday at the resumed hearing of charges of false asset declaration filed against the suspended Chief Justice of Nigeria, Walter Onnoghen.

It all began when the Defence lawyers led by Chief Adegboyega Awomolo (SAN) asked the CCT Chairman, Danladi Umar, to adjourn hearing of the matter since the Attorney General of the Federation had forwarded a petition to the National Judicial Council on the allegations.
Awomolo said since the seven-day ultimatum issued to Onnoghen to reply the petition would lapse on Wednesday (tomorrow), the tribunal should adjourn to allow the NJC to decide on the matter.

The Prosecuting Counsel, Aliyu Umar (SAN), did not object to the request.

But the CCT chairman insisted that the matter must go on. He accused the defence counsel of engaging in delaying tactics.

This angered Awomolo who stood up to protest against the remarks.

He said, “I have been at the bar for 42 years, 25 years as a senior advocate; no judge could accuse me of delaying tactics. I take exemption to that.”

The tribunal chairman shouted back saying, “You can take exemption to that but hearing must continue. Sit down.”

But Awomolo again protested against the order saying as a senior member of the bar, he deserved some respect from the tribunal.

At this point, the prosecutor intervened and pleaded with the tribunal to rule on the request.

The tribunal rose for about 30 minutes and reconvened to give ruling.

Upon resumption, Awomolo apologised on behalf of the defence team for the tension.

He said, “What happened was most unfortunate. On behalf of my colleagues on this part, we apologise.”

The prosecutor also assured the tribunal that “this kind of case won’t repeat itself again.”

Justice William Atedze also apologised on behalf of the tribunal.

“Let us continue to exhibit patience and humility,” he said.

Delivering the tribunal’s ruling, The Punch reports that the CCT chairman conceded to the request for a short adjournment till February 13 for hearing of application.

Umar, however, said Onnoghen’s presence at the next adjourned date was necessary for him to take his plea. He said no application would be taken on his behalf if he failed to come and take his plea.

“The presence of the defendant is important. His presence is necessary; plea must be taken before any application can be considered. That’s the position of the law. I want to see the defendant on that day, plea must be taken before issues of preliminary objection or any application can be considered,” Umar ruled. 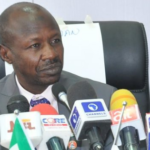 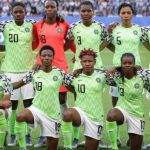 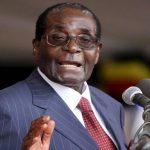 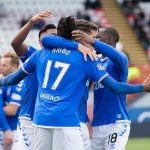 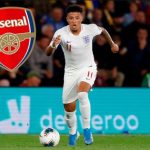