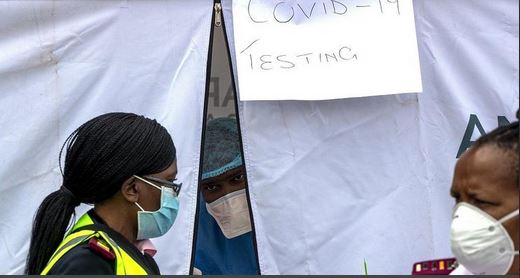 Sun News reports that a patient who was recently discharged at the Federal Medical Centre, Owo in Ondo State has tested positive for COVID 19.

It was gathered that the result conducted for her was released after she had been discharged from the hospital.

The patient, according to a reliance source, was admitted into the hospital for a different ailment after which she showed symptoms of COVID-19, a development which made the hospital to test her for it. However, the patient was discharged after being relieved of her initial ailment.

Chairman, Nigeria Medical Association (NMA), Dr. Wale Oke, who confirmed the development, said the patient would be traced by the hospital management and quarantined.

“We received the sad news of one COVID 19 patient who was seen in MTOC from Friday to Sunday at FMC, Owo. What happened was a communication gap. Other patients results that were sent except that of the patient which was not ready as at that morning came back negative  but erroneously put it that all FMC Owo patients were negative.

“By the time the result of this woman was communicated later in the evening which was positive,  she has been discharged. I  want us to remain calm as contact tracing have commenced and efforts are on the way to locate the patient and bring her back,” he added.

Meanwhile, the National Youth Service Corps (NYSC) in the state  has donated  hand sanitiser to members of the Correspondents’ Chapel of the Nigeria Union of Journalists (NUJ).

The corps coordinator ,  Mrs. Grace Akpabio, while presenting the sanitisers  said journalists were also frontline workers in the fight against COVID-19.

She quoted the Directorate of the NYSC as saying that the Skills Acquisition and Entrepreneurship Department (SAED) of the scheme should produce hand sanitisers for frontline workers.

Akpabio, said since she was posted to the state in 2017, the NYSC had always enjoyed good relationship with journalists.