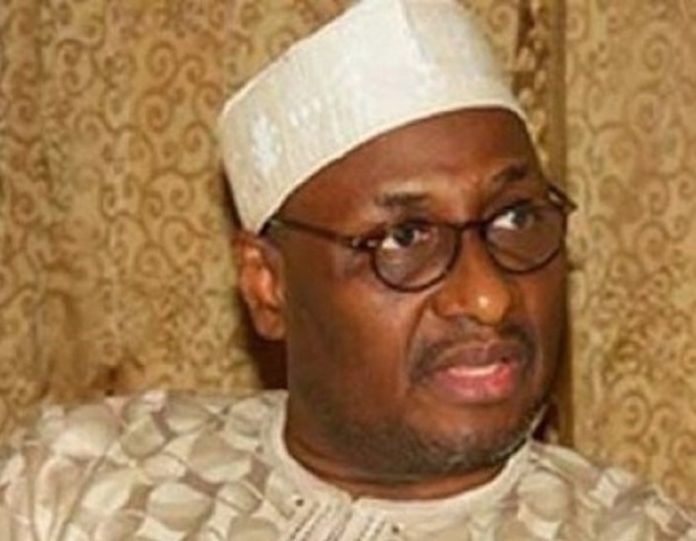 No one needs a soothsayer to tell him the stance of President Muhammadu Buhari administration on prosecuting those looters who looted Nigeria’s treasury lean as crystal clear.

If there is anything Nigerians believe Buhari owes Nigeria, it is to restore sanity in the nation’s political space and redefine our value system that was fast depreciating most especially under an agent of corruption and malfeasance, Ahmed Adamu Mu’azu who hypocritically pushed away Bamanga Tukur as PDP National Chairman to perfect corrupt practice that has become his trade mark. There was panic in the land when Buhari took over and as usual of him. Mu’azu crossed into exile to avoid arrest; those who participated in the wicked deflation of the nation’s treasury were expected to go through hard times. The people on their path eagerly awaited announcement of jail terms of their former oppressors and tormentors, possibly to know their jail numbers and who sleeps where in the nation’s major prison yards (correctional centres); who was to go in first, was the question the people were asking? Jolly Nyame, Joshua Dariye and Orji Uzor Kalu, all former governors have already gone in waiting for the arrival of their superiors in crime, the Ahmed Mu’azus of this world. Olisa Metuh has just got registered as a tenant in the correctional centre while others are getting prepared to join their thieving colleagues in the correctional centres.

Those on the waiting long list of suspected criminals include; Jonah Jang, Sambo Dasuki, Anayo Rochas Okorocha, Gbenga Daniel, Theodore Orji, Farouk Lawal and other high-profile politicians that messed-up the economy of their states and the country.

Nigeria is witnessing a dimension of stretch tug of war between the masses and advocates for soft stance on probing the past administration of Goodluck Jonathan, with the Peoples Democratic Party, PDP claiming witch hunt allegation on the part of those who were nabbed for alleged corruption and looting, though the PDP is till date unable to come up with a single defense that those alleged and those jailed are innocent. What an irony.

Truly, what does President Buhari owe Nigerians? What direction do we intend to channel our cause in his second term tenure? When is Nigeria planning to take-off and join the comity, of nations who are advancing frontiers for growth and development in the 21st century reality? All the stated above may not produce immediate answers with the Abubakar Abdulsalam National Peace Committee (NPC) that junketed around Aso Rock Villa to persuade President Buhari to tread softly on probing and retrieving loots while some of the looters have gone professional in junketing to exile at the slightest opportunity. Again, the masses have been asking “what was the mandate of NPC and time-line” as an intervention group? While insinuations were going, one of the committee’s visit to Aso Rock was to beg Buhari on behalf of former President Jonathan to save his (Jonathan) face from further embarrassment that may emanate if the probing continues, a position swiftly denied by a member of the committee, Bishop Mathew Hassan Kukah.

Bishop Kukah opined thus; “President Jonathan saved Nigeria from chaos and crisis and should be left to go even if he had stolen all the money in the world”.

The position of Kukah left many questions unanswered as to the place of value in our system. Logically, the role of the Peace Committee was to proffer soft landing for former President Jonathan when it was obvious that the tide of the masses decision prior to 2015 general elections was in favor of Buhari which was mischievously created by PDP national chairman, Ahmed Adamu Mu’azu and the reality that Jonathan was not willing to vacate power if he lost. That intervention role was largely to the benefit of Jonathan to concede defeat and vacate office without further overheating the polity for selfish interest. Since then, the committee was proud of its achievement for having brokered the needed peace, a good one indeed, but swiftly resuscitating at the instance of President Buhari’s anti-corruption crusade.

For the Change promised by Buhari, he must do the needful to renew confidence of the people in leadership in Nigeria. If Buhari wants to let go, the mind boggling figures released to have been stolen is so whooping that generations to come will never forgive him for allowing the commonwealth of the people carted away when he had all the opportunities and instruments of power to recover the money and properties.

The peace brokered by NPC was a fine gesture but the truth is any pressure on President Buhari to prevent his administration from doing the needful now is more injurious to Nigeria than the Peace Committee’s initial efforts and success, and is totally unacceptable to majority of Nigerians. Anyway, the hard stance of the president on anti-corruption is an interesting movement that Nigerians are happy with. Going by international cooperation agenda before the present government, the whole world was waiting to assess the seriousness of Buhari’s administration by its posture on the fight against corruption, looting and insurgency.

As Nigerians watch those posted to jail among the identified crooks, Nigeria will be taken back 30 years again and change will become a scarce commodity we cannot access in another one century if the chance we have with Buhari to make the change slips off. We must define what we want to do with our destiny as a nation. Without fear or favor, we must summon the courage to breed a society that is fair to all and owned by all. According to a renown African –American writer and statesman, Fredrick Douglas, “where justice is denied, where poverty is enforced, where ignorance prevails, and where any one class is made to feel that society is an organized conspiracy to oppress, rob and degrade them, neither persons nor property will be safe”.

Are we ready for Buhari’s Change? Of course not everyone is meant to be ready for it and those who are opposed to change will mop up all reasons and strategies to scuttle the change agenda as Ahmed Adamu Mu’azu and his co-travelers are strategizing. It is good to note that the crusade should not be selective and has to be taken down to the civil service sector where no one goes scot-free with the nation’s treasury without any check.

Pointblank, what the nation needs now is vibrant legislative process for ensuring blockage against corruption. The National Assembly should begin to enact laws that will make stealing unattractive with capital punishment. We must devise mechanism for making looting difficult rather than relying on a judicial system for probing corrupt officials, as the judiciary appears equally super-corrupt. We need antidotes against graft and it is important for the National Assembly to devise proactive measures that will place the Legislature on the same page with the Executive on fight against corruption; for now, that is yet to suffice even though the nation waits patiently.

For the Sen. Bala Muhammed administration to wipe out corruption and retrieve stolen funds and properties, the Justice Bitrus Sanga Commission of Inquiry Report must be revisited. Indicted criminals are still roaming streets as free citizens with some masquerading as presidential aspirants that have over the years failed to deliver even their polling units to their parties. Sen. Bala should appeal against the Bauchi High Court suspected compromised judgment on the Bitrus Sanga Report. The indicted criminals will be posted to where they rightly belong.

Mu’azu contributed this piece from Bauchi