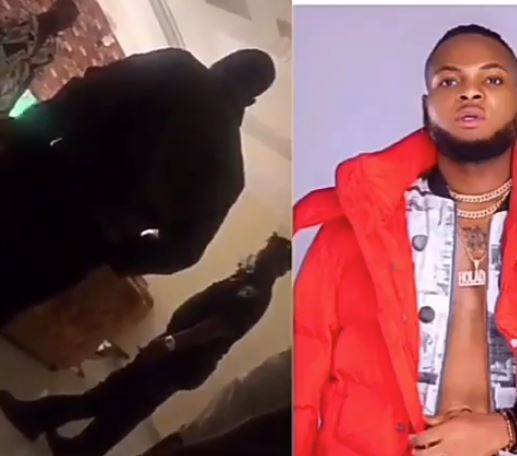 Nigerian police visited a Nigerian man at his home after he caused panic at the airport two weeks ago by allegedly faking Coronavirus symptoms.

Cent Remmy was in his home on April 3, when police officers arrived.

In a video shared online, he is seen telling the officers that he needs to contact his lawyers.

Two weeks ago, Cent Remmy was filmed at the airport acting sick. His actions caused panic as it was believed he had coronavirus symptoms.

Doctors were immediately called to attend to him. But it was later alleged that he was faking it.

He was reportedly arrested and detained today for allegedly misleading the doctors, the general public, and causing panic among the airport workers.

Watch the video of his arrest below: