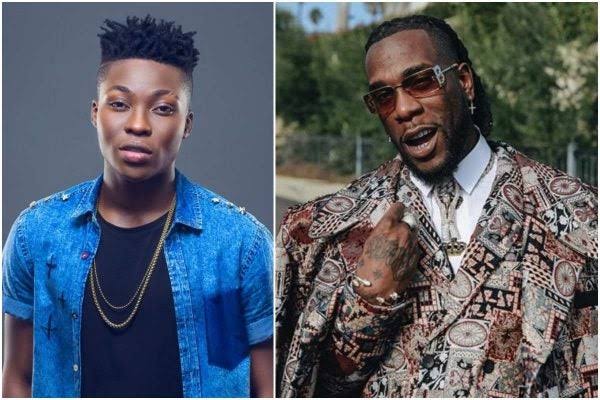 Twitter recently caught fire as two Nigerian artistes, Burna Boy and Reekado Banks took their positions in the frontline of the battle.

Burna Boy had earlier engaged his fans in a twitter chat where everyone is meant to ask him a question using the hashtag, #askburna.

During the chat a fan asked Burna Boy if he is willing to go head to head in a hit battle with any of his colleagues. Here is his response, “I don’t really know what a hit battle is but I’m willing to go toe to toe with ANY worthy challenger. Lyrically, musically, physically. However they want it”

Burna Boy’s response was met with a reply Reekado Banks who then challenged Burna Boy to a lyrical battle.

But Burna responds, “You know I got too much love for you bro. But didn’t you see wen I said “Worthy Challenger”? Reeky oooooo!!!”

Burna Boy in his response sends a strong message to Reekado Banks indicating that the latter is not his match for such battle.

The whole drama had since generated heavy discuss on twitter with Burna Boy trending number one on the platform.