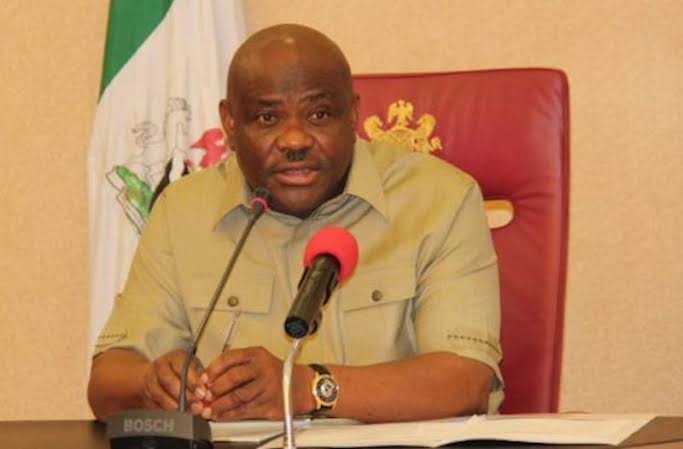 Rivers State Governor, Nyesom Wike has revealed the identity of the person who was confirmed as the first case of coronavirus in the State.

In a broadcast on Thursday evening, Wike said the index coronavirus case is a 19-year-old model from Edo State who recently traveled to Italy, Greece and France before returning to Port Harcourt, Rivers State.

The governor said the government had begun contact tracing of all those the index case came in contact with, and he also thanked the young lady for her patriotic spirit which aided health officials to get relevant information from her. Wike said:

“The positive case is a 19-year-old female model from Edo State who resides in Port Harcourt. Her travel history reveals that she travelled to France, Italy and Greece before returning to Port Harcourt on the 16th of March, 2020.

“On arrival to Port Harcourt, she was asymptomatic and commenced self isolation in her family house before her samples were collected and sent to the Reference Laboratory, Irruan in Edo State.

“The patient is presently being managed at the State Treatment Centre and she is doing excellently well.

“As it is in normal established practice, intensive line listing and contact tracing of all those she came in contact with has commenced in full force.

“In addition, samples have been collected from high risk contacts for further evaluations while decontamination process has also commenced.

“As the State Chief Executive, I want to sincerely thank this young lady for her patriotic spirit which aided health officials to get relevant information in this direction.

‘May I, therefore urge you all to remain calm because there is no cause for alarm. The State Government is fully prepared to ensure that the incident is contained to avoid further spread.”

Wike, however, said it is unfortunate that despite all the preventive measures we put in place, the state has recorded a positive case as confirmed by the National Centre for Disease Control (NCDC).

KanyiDaily recalls that Governor Wike had closed all borders including air, sea and land in order to prevent the spread of Coronavirus into the state.