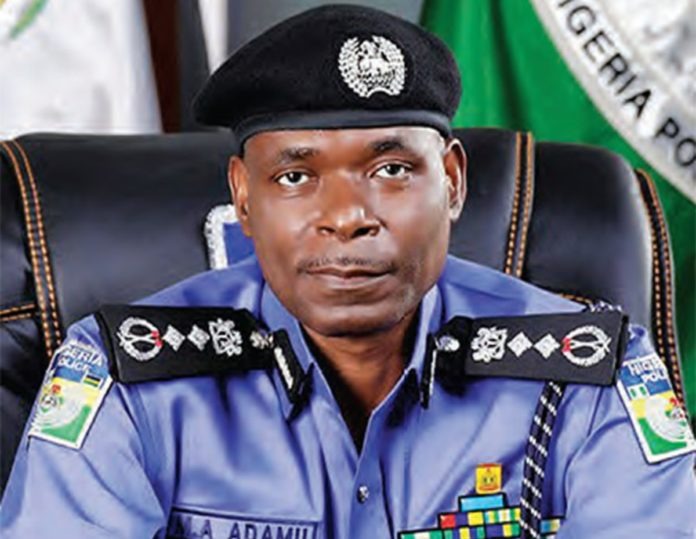 Yesterday brought tension to the doorsteps of the Nicon
Luxury Hotel in Garki Abuja when the police top boss, Muhammed A. Adamu arrived
the hotel for the public presentation and launching of a book authored by DIG Adeyemi
Ogunjemilusi, mni, (RTD) titlted ‘Introduction
To Law Enforcement: A Training Guide For The Nigeria Police Force’.
According to information received by 247ureports.com, the police top, the
Inspector General of Police [IGP], Muhammed A. Adamu was turned away and denied
entrance in the hotel building following his inability to pass a preliminary
coronavirus test.

The Nicon Luxury had instituted a preliminary testing
procedure for screening of would-be guest at the hotel – against the threat of
coronavirus.

To this effect, the door men and women were armed with a
temperature detector [a thermometer] to check every guest prior to gaining
entrance in the hotel building. The temperature test is to detect guests with
fever – which is considered as one of the most common symptoms of coronavirus.

Interestingly, as the IGP approached the doorway, the door
attendant routinely check his temperature. The test showed an elevated
temperature for the IGP. His temperature was above the normal range of temperature.
According to the source who spoke to 247ureports.com from Nicon Luxury, the IGP
was told to step aside. They refused to let him in. Our source revealed that
the IGP’s temperature recorded about 40degrees Celsius.

The IGP willingly stepped aside.

“He waited for a while
and when his temperature came down a bit, he was allowed in”.

This development comes amidst new revelations of the
coronavirus victims having increased to five in Nigeria within a span of one
day. Medical experts from the Garki Hospital in Abuja express concern the number
of infected person maybe widespread than publicly known. “Nobody is being tested”.

The notion is espoused by an SSS agent based in Onitsha,
Anambra State. The agent claims the virus to be widespread – and that the
federal government has engaged in a policy of suppressing numbers of infected
persons. He pointed to the recent death at Enugu hospital of a woman who
recently returned from a foreign trip. She died on March 15th after
she was hospitalized in March 14th and tested for the virus on the
14th.