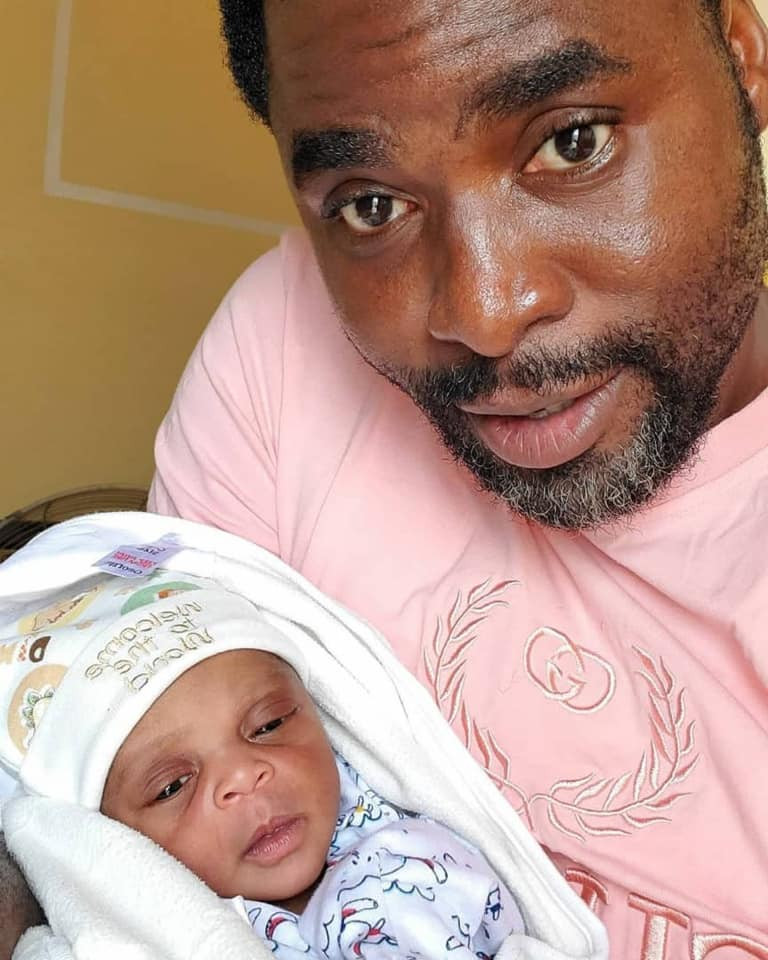 The excited actor shared the good news on his Instagram page.

The actor posted a photo of him holding his cute baby girl, with the caption; “Alhamdulillah… And it’s a Girl.”

The couple welcomed their first child in 2017.

Ibrahim got married to Lizzy Berry in October, 2016 making it the third time he has tied the knot with different ladies.

His first marriage was to Olayinka Solomon, which ended some years ago, then he married the daughter of the former governor of Kwara state, Shaaba Lafiaji, Salamatu, which did not also last long.

Ibrahim Chatta is an Indigene of Kwara state and also from a polygamous hime. Prior to fame, he worked as a bus conductor where he struggled to meet his needs.