The Federal High Court, Abuja has again adjoined the trial of Sahara Reporters publisher Omoyele Sowore and Olawale Bakare till 1 April 2020 following the failure of the prosecution to serve the defendants the witness statements.

Mr. Femi Falana, lead counsel to Sowore and Bakare, raised an objection when the first prosecution witness, Rasheed Olawale, was giving evidence out of the summary statement.

Falana urged the court to limit and restrict the witness to the summary of the statement that was made available to them by the prosecution.

He argued that the evidence being given by the witness was mischievous and alien to section 36 of the constitution that guarantees fair hearing.

In his own submission, prosecution counsel, A.A Aliyu, asked the court to dismiss Falana’s objection on the grounds that the evidence given by the witness would not amount to miscarriage of justice as painted by the defence.

The trial judge therefore asked the prosecution to reproduce the witness statement in details to accommodate whatever evidence the witness want to give whenever it was called upon.

The judge said, “Serve them these evidence, I don’t know what is difficult in that. Serve them all the evidence you want to rely on. 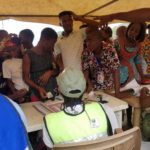 ANALYSIS: How supplementary elections in six states will be fought and won 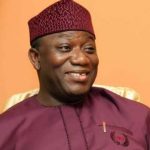 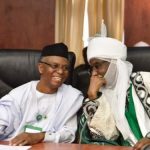