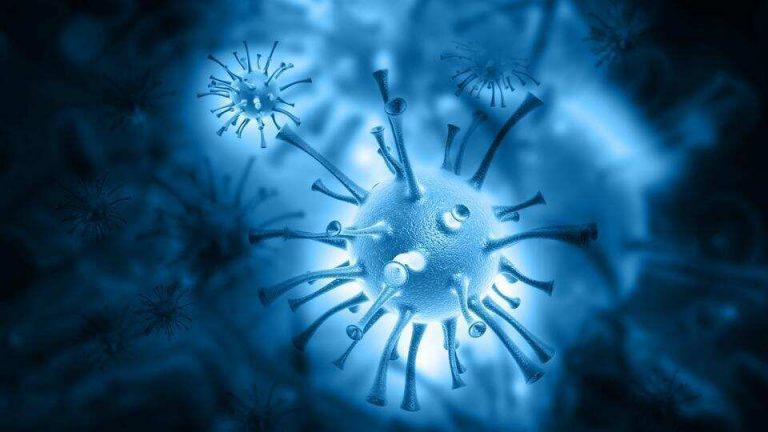 A pandemic is an epidemic of disease that has spread across a large region; for instance multiple continents, or worldwide. Pandemics are states of disease that sharply increase in populations around the world with infections taking place more or less simultaneously.

Diseases and illnesses like the Spanish Flu, Asian Flu, Cholera, Ebola, the Bubonic Plague, Black Death and others have all wreaked havoc on societies while killing millions of people, and with the new development, Covid-19 seems to be following in the same line.

When pandemics are mentioned, some people seem to have the notion that it will just be the shutting of borders, building walls, cancelling all air travel and quarantining entire nations indefinitely but that is entirely incorrect.

Containment attempts can slow down an outbreak and buy time to prepare, but if a pandemic hits, by definition, containment has failed and further attempts will be pointless, if not counterproductive.

Below are some pandemics that have shaken/caused serious panic in the world.

Referred to as “the Hong Kong Flu,” the 1968 pandemic was caused by an influenza, A H3N2 virus comprised of two genes from an avian influenza A virus, including a new H3 hemagglutinin, but also contained the N2 neuraminidase from the 1957 H2N2 virus. It was first noted in the United States in September 1968. The estimated number of deaths was 1 million worldwide and about 100,000 in the United States. Most excess deaths were in people 65 years and older. The H3N2 virus continues to circulate worldwide as a seasonal influenza A virus. Seasonal H3N2 viruses, which are associated with severe illness in older people, undergo regular antigenic drift.

The “Asian Flu” was a category 2 flu pandemic outbreak of avian influenza that originated in China in early 1956 lasting until 1958. It originated from a mutation in wild ducks combining with a pre-existing human strain. A vaccine for H2N2 was introduced in 1957, and the pandemic slowed down. In its two-year spree, Asian Flu travelled from the Chinese province of Guizhou to Singapore, Hong Kong, and the United States. Estimates for the death toll of the Asian Flu vary depending on the source, but the World Health Organization places the final tally at approximately 2 million deaths, 69,800 of those in the US alone.

Cholera broke out 27 times during the hajj at Mecca from the 19th century to 1930. The sixth pandemic killed more than 800,000 in India. The Sixth Cholera Pandemic was also the source of the last American outbreak of Cholera (1910–1911) when the steamship Moltke brought infected people from Naples to New York City. American health authorities, having learned from the past, quickly sought to isolate the infected, and in the end, only 11 deaths occurred in the U.S. By 1923 Cholera cases had been cut down dramatically, although it was still a constant in India.

The Black Death, also known as the Pestilence, the Great Plague or the Plague, or less commonly the Black Plague, was one of the most devastating pandemics in human history, resulting in the deaths of an estimated 75 to 200 million people in Eurasia, peaking in Europe from 1347 to 1351. From 1346 to 1353 an outbreak of the Plague ravaged Europe, Africa, and Asia. Thought to have originated in Asia, the Plague most likely jumped continents via the fleas living on the rats that so frequently lived aboard merchant ships. Ports being major urban centres at the time, were the perfect breeding ground for the rats and fleas, and thus the insidious bacterium flourished, devastating three continents in its wake.

The Plague of Justinian (541–542 AD) was a pandemic that afflicted the Byzantine (Eastern Roman) Empire and especially its capital, Constantinople, as well as the Sasanian Empire and port cities around the entire Mediterranean Sea, as merchant ships harboured rats that carried fleas infected with the plague. Thought to have killed perhaps half the population of Europe, the Plague of Justinian was an outbreak of the bubonic plague that afflicted the Byzantine Empire and Mediterranean port cities, killing up to 25 million people in its year-long reign of terror. The Plague of Justinian left its mark on the world, killing up to a quarter of the population of the Eastern Mediterranean and devastating the city of Constantinople, where at its height it was killing an estimated 5,000 people per day and eventually resulting in the deaths of 40% of the city’s population.

Ebola virus disease (EVD), also known as Ebola haemorrhagic fever (EHF) or simply Ebola, is a viral haemorrhagic fever of humans and other primates caused by ebolaviruses. Four of the five known Ebola viral strains cause Ebola hemorrhagic fever (EHF), which has killed thousands of people in sub-Saharan African nations since its discovery in 1976. The deadly virus is named after the Ebola River in the Democratic Republic of the Congo where it was first reported and is classified as a CDC Biosafety Level 4, a.k.a. BSL-4, making it one of the most dangerous pathogens on the planet. It is thought to spread through close contact with bodily secretions. EHF has a 50 to 90 per cent mortality rate, with a rapid onset of symptoms that start with a headache and sore throat and progress to major internal and external bleeding and multiple organ failure. There’s no known cure, and the most recent cases were reported at the end of 2012 in Uganda.

Marburg hemorrhagic fever (Marburg HF) is a rare but severe hemorrhagic fever which affects both humans and non-human primates. Human infection with Marburg virus disease (MVD) initially results from prolonged exposure to mines or caves inhabited by Rousettus bat colonies. It was first recognized in 1967, when outbreaks of hemorrhagic fever occurred simultaneously in laboratories in Marburg and Frankfurt, Germany and in Belgrade, Yugoslavia (now Serbia). Marburg HF is caused by the Marburg virus, a genetically unique zoonotic (or, animal-borne) RNA virus of the filovirus family. The five species of Ebola virus are the only other known members of the filovirus family. The Marburg virus is also BSL-4, and Marburg hemorrhagic fever has a 23 to 90 per cent fatality rate. It is spread through close human-to-human contact and symptoms usually start with a headache, fever, and a rash on the trunk, and progress to multiple organ failure and massive internal bleeding. The first people infected had been exposed to imported African green monkeys or their tissues while conducting research. There is no cure, and the latest cases were reported out of Uganda at the end of 2012.

Severe Acute Respiratory Syndrome (SARS) is a viral respiratory illness, a highly contagious, serious and potentially life-threatening form of pneumonia caused by a coronavirus called SARS-associated coronavirus (SARS-CoV). It was first reported in Asia in February 2003. The illness spread to more than two dozen countries in North America, South America, Europe, and Asia before the SARS global outbreak of 2003 was contained. Since 2004, there have not been any known cases of SARS reported anywhere in the world. SARS killed 774 people between November 2002 and July 2003.

Tuberculosis (TB) is an infectious disease usually caused by Mycobacterium tuberculosis (MTB) bacteria that generally affects the lungs, but can also affect other parts of the body. TB has always been a permanent challenge over the course of human history, because of its severe social implications. It has been hypothesized that the genus Mycobacterium originated more than 150 million years ago. In the Middle Ages, scrofula, a disease affecting cervical lymph nodes, was described as a new clinical form of TB. The illness was known in England and France as “king’s evil”, and it was widely believed that persons affected could heal after a royal touch. In 1720, for the first time, the infectious origin of TB was conjectured by the English physician Benjamin Marten, while the first successful remedy against TB was the introduction of the sanatorium cure. The famous scientist Robert Koch was able to isolate the tubercle bacillus and presented this extraordinary result to the society of Physiology in Berlin on 24 March 1882. In the decades following this discovery, the Pirquet and Mantoux tuberculin skin tests, Albert Calmette and Camille Guérin BCG vaccine, Selman Waksman streptomycin and other anti-tuberculous drugs were developed.

Coronaviruses (CoV) are a large family of viruses that cause illness ranging from the common cold to more severe diseases such as Middle East Respiratory Syndrome (MERS-CoV) and Severe Acute Respiratory Syndrome (SARS-CoV). A novel coronavirus (nCoV) is a new strain that has not been previously identified in humans. Coronaviruses are zoonotic, meaning they are transmitted between animals and people. Detailed investigations found that SARS-CoV was transmitted from civet cats to humans and MERS-CoV from dromedary camels to humans. Several known coronaviruses are circulating in animals that have not yet infected humans. Common signs of infection include respiratory symptoms, fever, cough, shortness of breath and breathing difficulties. In more severe cases, the infection can cause pneumonia, severe acute respiratory syndrome, kidney failure and even death.

Coronavirus disease (COVID-19) is an outbreak of respiratory disease caused by a novel (new) coronavirus that was first detected in China and which has now been detected in almost 70 locations internationally, including in the United States. The virus has been named “SARS-CoV-2”. On January 30, 2020, the International Health Regulations Emergency Committee of the World Health Organization declared the outbreak a “public health emergency of international concernexternal icon” (PHEIC). On January 31, 2020, Health and Human Services Secretary Alex M. Azar II declared a public health emergency (PHE) for the United States to aid the nation’s healthcare community in responding to COVID-19. Since its outbreak, over 96,642 cases have been recorded with over 3,308 deaths and the toll keeps increasing.