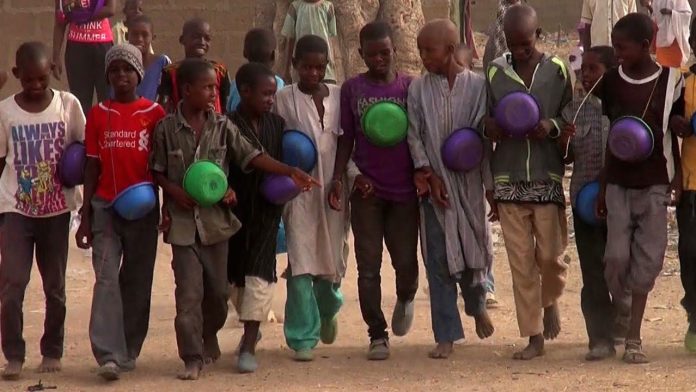 The Universal Basic Education Commission (UBEC) has introduced the Open Schooling Programme (OSP) to reduce the burden of out-of-school-children in Nigeria.

The Executive Secretary, Dr Hamid Bobboyi,  said this in Kaduna on Thursday at the opening of a two-day meeting with stakeholders, content developers, and centre mangers on expected roles and responsibilities in the implementation of the OSP.

He was represented at the meeting by the Director, Planning, Research and Statistics, Tokumbo Onosode.

He described OSP as a “flexible education system that allow learners to learn where they are and when they want, away from conventional schools and teachers.”

He explained that the programme had no age restriction and would adopt several teaching methods but with emphasis on Information and Communication Technology as a tool for learning.

Mr Bobboyi said the overall goal is to provide educational opportunities for children and youth whose learning needs are not being met by conventional schools.

“It will also enhance access to quality and functional education for marginalised and disadvantaged groups in the country.

“It will also assist in the attainment of 100 per cent transition rate from primary to junior secondary school.

“The programme will equally provide a second chance for drop-outs and will help in meeting the changing needs of children and youths through the provision of functional vocational education.

“This will significantly complement efforts in the reduction and eradication of the menace of out-of-school as well as gender and social inequalities in education.”

He said that the programme would be implemented in six pilot states, namely, Kaduna, Kano, Katsina, Kebbi, Adamawa and Niger states.

He said that OSP was open to children and youth who have never been to school, those who have dropped out of school and those in school but were not learning.

Mr Bobboyi pointed out that the country was still grappling with the menace of out-of-school children in millions, along with numerous challenges affecting the basic education sector.

He added that the sector was also faced with poor learning environment; inadequate learning materials; and a dearth of qualified, competent and motivated teachers, while many communities did not have schools.

“These, along with the increasing number of out-of-school children roaming the streets, prompted UBEC to adopt the OSP in collaboration with Commonwealth of Learning (COL) and other stakeholders.’’

He said that the meeting was organised to sensitise the centre managers and content developers about the programme and their expected roles and responsibilities.

Also speaking, the Director of Social Mobilisation, Bello Kagara, said that the success of the programme would largely depend on massive mobilisation of the people to seize the opportunity to acquire basic education.

Mr Kagara said that his department would enlist the support of community and religious leaders, civil society organisations and other relevant stakeholders to create the needed awareness in communities.

While giving an overview of the programme, Deputy Director, Social Mobilisation, Ahmed Abubakar, said that the OSP would be funded by UBEC and COL, adding that a Memorandum of Understanding had been signed.

He said that COL, on the other hand, would provide monitoring tools, evaluate report template and provide technical support for effective implementation of the programme.

He said that the learning centres were to be provided by host communities which could be in the community’s town hall, churches, mosque and event centre or anywhere the community so decided.

He added that so far, five subjects have been selected namely mathematics, English language, basic science and technology, national values and vocational studies and one Nigerian language.

Also, 48 learning centres have been selected in the six pilot states as well as 51 content developers and 58 centre managers.

Mr Sani noted that the programme if well implemented would significantly improve access to education and provide equal opportunity to all Nigerian children.

He said that the meeting would strengthen the capacity of participants to perform their expected roles with due diligence to ensure successful implementation of the OSP.

He assured UBEC of maximum support to ensure the success of the programme in Kaduna state.