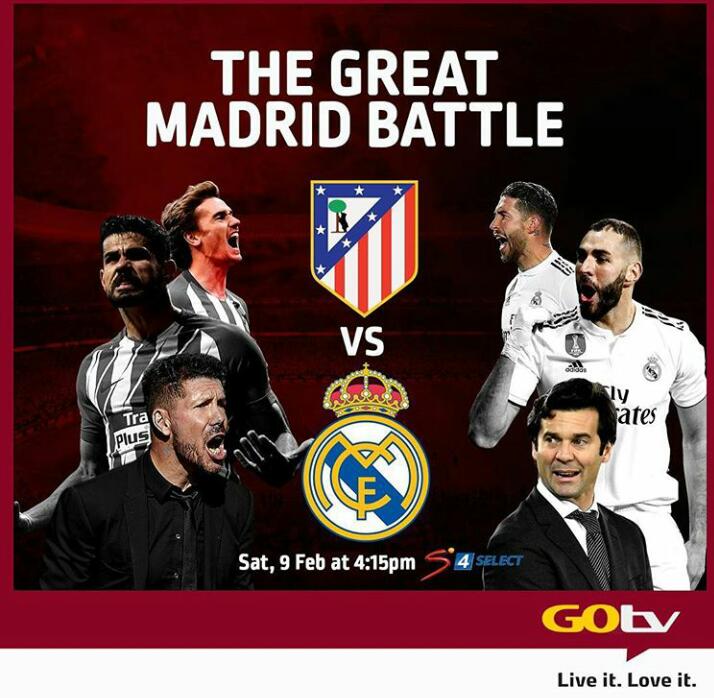 A fierce football rivalry will be rekindled on Saturday in La Liga when Real Madrid and Atletico Madrid clash in the Madrid Derby at Estadio Santiago Bernabeu live on GOtv.

The game, which will be the 166th encounter between both teams in La Liga, will be broadcast live at 4pm on SuperSport Select 4 exclusive to GOtv Max subscribers.

The two giants come face-to-face for the second time in the league this season after the 0-0 result in the reverse fixture at the Wanda Metropolitano.

Real Madrid will want to consolidate their grip atop the league table after they leapfrogged their arch rivals, Barcelona, courtesy of a 1-0 win against Real Valladolid.

Atletico will want to use this fixture to avenge their loss to their city rivals in the final of the Spanish Super Cup held earlier this month.

Also on Saturday, Premier League leaders, Liverpool, will host Southampton at Anfield. The game kicks off at 4pm and will be live on SuperSport Select 2.

Last time, Liverpool extended their 16-point lead atop the table after they overcame a difficult Wolverhampton Wanderers last week. The Reds look set to dethrone Manchester City as league champions and break their 30-year wait for a league title.

Although the club may be without the injured Sadio Mane, manager Jurgen Klopp will be counting on attackers Mohamed Salah and Roberto Firmino, midfielder, defender Virgil Van Dijk and influential full-backs, Andy Robertson and Trent Alexander-Arnold, to maintain their unbeaten run.

Sunday’s game sees Arsenal travelling to the Turf Moor to face Burnley. The game is at 3pm and will be live on SuperSport Select 2.

Captain Pierre-Emerick Aubameyang will be available to lead the attack line after serving a three-match ban. He has a reliable supporting cast with the likes of Alexander Lacazette, midfield maestro, Mesut Ozil; and Nicholas Pepe. 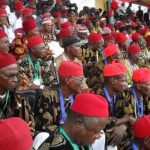