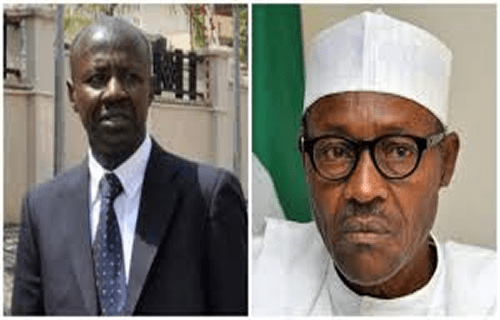 President Muhammadu Buhari may have come under intense pressure as the British Government through the High Commission in Nigeria vehemently protested the unguarded diplomatic utterances of the acting chairman of the Economic and Financial Crimes Commission (EFCC), Ibrahim Magu, accusing the British Government of shielding corrupt Nigerians and resisting their repatriation for corruption prosecution.

The accusation of shielding corrupt Nigerians in the United Kingdom (UK) did not go down well with the British Government. Accordingly, the UK complained to President Buhari on the outburst of Magu openly and undiplomatic accusation of a government of shielding corrupt persons in its territory when existing mutual legal agreement bilateral instrument for exchange or extradition of citizens for prosecution has not been exhausted by the countries in the issue.

It will be recalled that about two years, the issue of extradition of Nigerian citizens from the UK was an issue of conflict between the Attorney General of the Federation and Minister of Justice, Abubakar Malami SAN. The Minister had insisted that extradition is a bilateral relation between governments, not an agency of government and another country. Malami had told Magu that extradition of citizens is the responsibility of the Office of the Attorney General of the Federation to make request on foreign governments.

The EFCC chairman had said that some foreign countries were sabotaging the efforts of the commission in its fight against corruption in Nigeria.

Speaking to journalists while on an official visit to the Ibadan zonal office of EFCC, Magu had remarked that the commission will not be frustrated in the prosecution of a former Minister of Petroleum, Diezani Alison-Madueke, who has been resident in the UK over the years.

Magu had declared: “We are collaborating with everybody including Nigerians in the diaspora.

“We have collected a lot of information so as to expose the looters for them to return their loots. For instance, there is a sabotage from foreign partners about the trial of a former Petroleum Minister, Alison Madueke, because they are giving her protection.”

The statement is beginning to cause apprehension in Nigeria’s diplomatic relations with the UK, where Diezani resides. 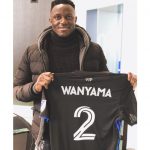