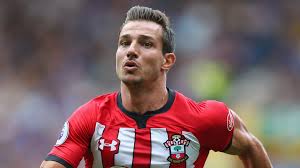 Arsenal are ready to step up their interest in Southampton defender, Cedric Soares, with a late bid.

The Gunners have turned their attentions to the versatile Soares, who has just six months left on his contract at St Mary’s.

Arsenal are prepared to pay £5m plus bonuses for the 28-year-old.

Mikel Arteta is keen to strengthen in the full-back position and had held talks with Paris Saint-Germain this month about a move for left-back Layvin Kurzawa.

Soares is primarily a right-back, but also capable of playing as a left-back.

Southampton are already weighing up whether to sanction Soares’s departure, ahead of Kyle Walker-Peters’s arrival on loan from Tottenham on Wednesday.