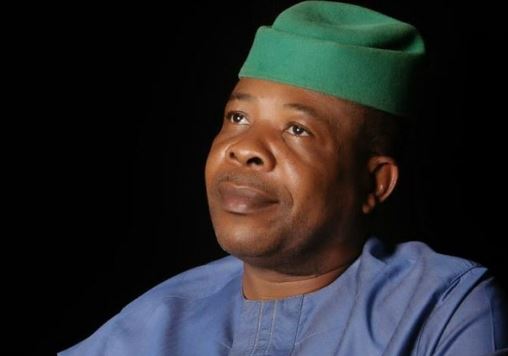 The judgment of the Supreme Court of Nigeria on the Imo governorship case on Tuesday wherein the court annulled the election of Governor Emeka Ihedioha of the Peoples Democratic Party (PDP), declared Hope Uzodinma of the All Progressives Congress (APC) winner, has been generating controversy across the country. Meanwhile, National Daily highlights 10 reasons the Supreme Court nullified the election of Ihedioha and ordered the issuance of certificate of return to Uzodinma by the INEC and his immediate swearing in by fiat as governor of Imo State.
1) There were suspicions that the March 2019 governorship election in Imo State was rigged by security personnel and thugs in 388 Polling Units for the APC;

2) Results of the rigged election were declared at the Polling Units and documented for submission at the collation n centre by the Returning Officers;

3) At the Collation Center, INEC excluded or rejected results from Polling Units where the governorship election n was rigged.

However, there was a seeming grand plot against the PDP; INEC officials undermined the exclusion of the rigged election results, which was their decision, and proceeded to enter the results in Forms EC8 which were contained in Duplicate copies that were given to the security operatives who were alleged to have supervised the rigging of the election.

5) In the legal battle at the Imo State governorship election Tribunal in July 2019, APC intelligently argued that its candidate’s votes lawfully declared in at 388 Polling Units were unlawfully excluded at the Collation Center in determining the final results. APC presented 54 witnesses, including INEC officials assigned to the designated Polling Units. It was remarkable that APC did not challenge the governorship result based on rigging of the election but argued about exclusion of votes recorded and announced in favour of the party at the 388 polling units where elections were alleged to be rigged. Invariably, the focus of the APC petition minimized the burden of proof on the party than if the party had made allegation of criminal activities like rigging.

6) PDP called one witness to refute the revelations of APC witnesses. INEC didn’t call a single witness or tender a single document on the disputed excluded votes, neither was the commission’s collation officers invited for witnesses.

7) There were indications that INEC played very hazy role at the tribunal while the PDP relied on the INEC for defense of its victory and did not take stronger steps, considering that the appellate courts rely more on the records of the tribunal and documented evidence.

8) Curiously, at the close of hearing, the tribunal held that the Forms EC8 tendered by APC were either forged or tendered by persons not lawfully mandated to tender them. The tribunal did not make categorical statement on the validity of the document to completely dismiss it.

9) However, in the course of the hearing, it was established that the Forms tendered by APC reflected the same duplicate serial number contained in the original entries.

10) Thus, the Supreme Court in its judgment, set aside the decisions of the Court of Appeal and Tribunal, accepted the evidence the APC led its case with at the tribunal and declared Uzodinma winner of the Imo governorship election.