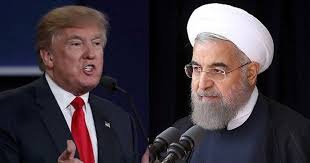 Iran’s supreme leader has vowed “severe revenge” on the United States and others responsible for the death of one of its top military commander Qasem Soleimani.

Soleimani was killed by an air strike at Baghdad airport early on Friday ordered by US President Donald Trump.

The killing marks a major escalation in tensions between Washington and Tehran.

US officials have said 3,000 additional troops will be sent to the Middle East as a precaution.

Soleimani was widely seen as the second most powerful figure in Iran, behind Supreme Leader Ayatollah Khamenei. The Quds Force, an elite unit of the Iranian Revolutionary Guard Corps (IRGC), reported directly to the Ayatollah and Soleimani was hailed as a heroic national figure.

Under his 21-year leadership of the Quds Force, Iran bolstered Hezbollah and other pro-Iranian militant groups in Lebanon; expanded its military presence in Iraq and Syria; and orchestrated Syria’s offensive against rebel groups in that country’s long civil war.

US Secretary of State Mike Pompeo said the US wanted to de-escalate the situation, but that the strike was “lawful” and “saved lives”. He told Fox News: “We do not seek war with Iran but we will not stand by and see American lives put at risk.”

Meanwhile, UN Secretary-General António Guterres has urged “maximum restraint” as tension heightens in the Gulf over the killing of top Iranian military commander, Qasem Soleimani in a U.S. strike in Iraq.

In a statement on Friday, António Guterres, said this is a moment in which leaders must exercise maximum restraint.

“The world cannot afford another war in the Gulf,’’ Deputy Spokesman for the UN Chief, Mr Farhan Haq, said in a statement on Friday.

The U.S. Embassy in Baghdad has urged American citizens to “depart Iraq immediately” following the airstrike.

In a security alert issued on Friday morning, the embassy reportedly told citizens to “depart via airline while possible, and failing that, to other countries via land”.