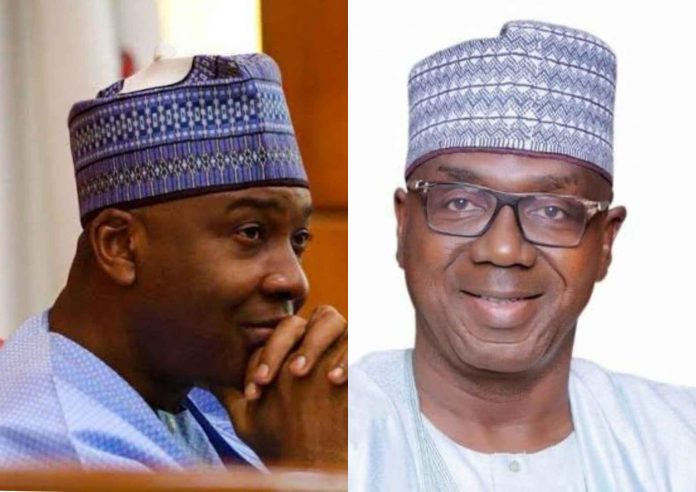 It was gathered that the property was demolished in the early hours of Thursday in a scenario that the police had to disperse protesters of the government action who include old women. 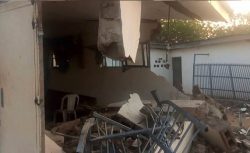 Governor AbdulRahman AbdulRazaq earlier in December 2019 declared the revocations of the property belonging to late Dr. Olusola Saraki, father of former President of the Senate, Dr. Bukola Saraki. The governor noted that the  property were allegedly illegality acquired.

Governor AbdulRazaq explained that the land was originally allocated for the construction of a secretariat and parking lot of the civil service clinic.

Report indicated that during the demolition on Thursday, about 50 Policemen were deployed to enforce the order at about 3.00 am but were initially resisted by some the old women who staged protest at the scene.

The police were said to have departed but later returned to the scene at 4.00 am when the building was eventually demolished. 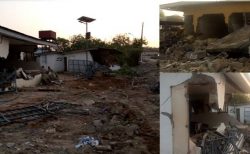 It was highlighted that building was utilised as venue for political meetings when the Saraki dynasty had hegemony of Kwara State Government and politics.

Former Senate President Saraki had protested that the All Progressives Congress (APC) government was out to destroy the legacy of his father, arguing that the father lawfully acquired the land from the Kwara State government. He, therefore, cautioned the governor against attack on his father’s legacy in Kwara State. 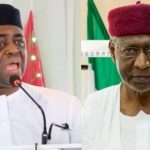