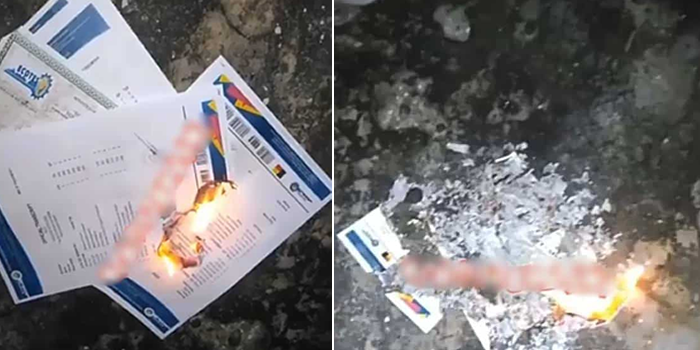 A frustrated Nigerian graduate has recorded a video of himself burning all his academic certificates, describing school is a major scam.

The young man decried the level of frustration in the country for those with school certificates. Hence, he decided to burn them all over his inability to get anything tangible with it.

Describing school as a major scam, the graduate said he will only end up being a slave to a white man if he keeps on attaching his success to his school certificates.

While burning the certificate, he was also heard making reference to the fact that most Igbo people are making serious money in Nigeria, despite being uneducated.

The man also slammed our leaders for neglecting the masses whom they were called to serve, and focusing on themselves.